Tonilyn Hornung is an author and freelance writer who lives with her husband, son, many furry friends, and never enough closet space.

Tan France had to go through a rigorous audition process to land his role on Queer Eye. At no point, did anyone ask him, “Hey, Tan? Were you breastfed?”

If you’ve watched Tan France for all five seasons of Netflix’s hit Queer Eye reboot, you see an empathetic fashion icon showing how outerwear can reflect a person’s own inner light—and teaching viewers the proper way to tuck in a shirt. His sensitivity and genuineness is immediately apparent as you witness him truly listen to those he’s helping. You can’t help but wonder: Where can I get a friend like Tan?

As a Netflix host, author, and fashion designer, Tan has always combined compassion with creativity and now as a brand new dad, we expect nothing less. Tan France’s baby boy, Ismail, was born 7 weeks early on July 10th via surrogate. According to Tan’s Instagram post on August 2nd, the newborn was in the NICU for 3 weeks, but now Ismail is home with his dads. Tan writes that their surrogate is doing great and adds that he and his husband Rob love him so, so much and are “Like, fully obsessed” with their son. For years, Tan has been opening our eyes to better-fitting outfits, and now in his new journey as a father, he’s already opening our hearts to the best ways to take care of a tiny human. Dad Tan France is talking about changing the way we look at parenting and how we can nourish those we love.

‘I always wanted kids. Did I think it would be possible? NO!’

When Tan grew up in the north of England in a Pakistani Muslim family, he knew he wanted kids but never thought it was possible, “There are so many factors that play into being a gay man who’s trying to have children,” Tan begins, “I honestly thought it was completely out of reach. Did I think I would ever achieve it? No.” But when Tan met his future husband, Rob France, his intuition told him something different. Within the first few months of knowing Rob, Tan thought, “I think I found somebody that I could have children with,” and his instincts proved right.

With the help of a surrogate to achieve their dreams of fatherhood, Tan and Rob France have become parents to a beautiful baby boy. Tan has had all those pre-dad worries and jitters as says about them, “I have had so many jobs in my life. However, being a dad is going to be my most difficult job. I know that I am going to feel so much pressure…”

Even with all that mounting parenting pressure, Tan knows he’s ready to be a father. He knows he and Rob will make a fabulous team, “Rob’s going to be an amazing father because first and foremost, he was a pediatric nurse for 14 years. He knows how to handle a baby, a toddler, a child.” Tan also adds that Rob is the most loving person he’s ever met and they’ll both be there to share in all the gloriously messy diaper changing.

Being a first time parent

With the arrival of their baby, Tan and Rob are also sharing in the excitement and nervousness that’s born with being first-time parents. The couple always dreamt of having their own biological children and have wanted to go through the surrogacy process for about 10-11 years—but the timing was always off and they couldn’t afford it. Finally, last year, after months of medical testing and searching for their best surrogate match, it all fell into place. Still, just because someone else was carrying their baby, it didn’t make the whole thing feel stress-free, “I have barely slept a wink since we got pregnant because I’ve been so anxious about what if something goes wrong? Somebody is kind enough to give us the greatest gift one could ever give a person. But it does come with a lot of stress, a lot of anxiety,” Tan says.

Tan feels that stress in other ways, too, as he steps into a growing community of gay dads either considering surrogacy or possibly going through it now. Tan’s celebrity status will undoubtedly shift him further into the spotlight as he finds his mark in becoming a role model for new parents. Tan says, “I want people to understand that being a gay parent isn’t abnormal,” and goes on to say, “there haven’t been many representations of gay men/gay couples in the public eye who are fathers of a child through surrogacy. I love that I get to be one of those people, but it does come with great pressure to make sure that you are the very best.”

When donor milk is not an option

One way Tan is striving to be the very best dad is when it comes to the topic of feeding his newborn. While women have always and forever had immense amounts of pressure placed on them to exclusively breastfeed, Tan is now facing the same “breast is best” push. Questions like: “Where will you get your donor milk? Will the surrogate be donating her milk? Will she ship it?” are constantly asked of him. He says that it’s such a strange thing that nobody at any point has talked about another option other than breast milk.

“I was a formula baby and my husband was a formula-fed baby,” Tan offers. Both come from large families where formula feeding wasn’t shamed but embraced. Formula feeding not only offered a practicality that was necessary but since their brothers and sisters could help bottle feed, family bonds were given the space to increase. With that in mind, and after doing tons of painstaking research in the donor milk versus formula feeding category, Tan and Rob have decided to formula feed Ismail. “The safest option for our baby is formula,” Tan says.

Do I feel like my child will be a lesser child because he’s fed with formula? Absolutely not.– Tan France

Together, Tan and Rob are making the safe and best choices for their family and this can also mean putting to rest some outdated parenting advice— like that famed cliche “breast is best.” This phrase assumes that breastmilk is the ideal goal and any other option is second rate. “I do not have any concerns and neither does my pediatric nurse husband,” he adds. He continues this thought saying he knows his child will be perfectly fine and equal to any kid that’s being breastfed.

Wanting to create a more inclusive conversation about feeding our children is one Tan absolutely supports. Gone are the days when a woman is expected to abandon her career goals to stay home and breastfeed—and that’s only one reason among countless a mama can opt-out. “The world has changed. And we live in a world now where gay marriage is legal, gay men can adopt, gay men can go through a surrogacy process,” he says. Tan would like to see the conversation around feeding shift and shine a positive light on infant formula feeding for many reasons- one being, “I want him (my child) to understand that he got the very best from the formula and that he’s not a lesser child because he wasn’t breastfed”.

Tan is looking forward to connecting with his son in lots of ways: showing him how to ride a bike, and teaching him about his culture and how to speak his first language- Urdu. However, while his baby is still a baby, he knows bottle feeding is a successful way to bond, so Tan and Rob are ready with their bottle-feeding skills and are confident in their choice of organic formula. Tan says, “I’m so happy that Bobbie is here when we are having our first child.” As a formula-fed baby, Tan knows that kids can grow up formula-fed and be happy and healthy and says, “Do I think that either of them (breastmilk or formula) are better than the other? I don’t. I truly don’t.”

Tan France is partnering with The Family Support Center and the Ronald McDonald House Charities to help families in need of formula.

Tan is part of the Bobbie formula feeding campaign ‘How’s Breastfeeding Going’. His goal is to help #shakethestigma on formula feeding. Join him and Bobbie on this mission by visiting howisfeedinggoing.com. 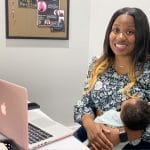 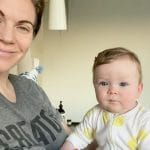