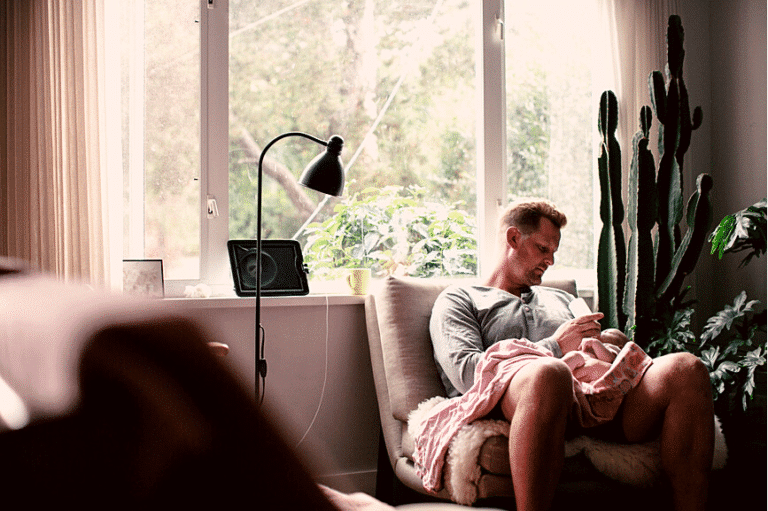 Three Dads Weigh in on Their Role in the Feeding Journey

by Laura Modi, CEO of bobbie and Milk Drunk Contributor

When it comes to the feeding journey we often assume it’s just the mom and baby who play roles and forget that ‘the other parent’ has a role too, be it your partner or co-parent in the picture. To be fair, the person who is producing the milk will not only lead the way, , but they determine what success will look like too – how much supply will they have? Are they working? What is their mental state? Do they have a general desire to breastfeed or not? The lack of control the ‘non-supplier’ has can be frustrating but one of the biggest takeaways we have here is: Support your partner and trust your partner.

If you’re discussing this topic at home  — feel free to forward to your partner so they can hear from  real dads below on the feeding frontlines.

Laura: What was your role in the feeding journey?

Alex: My wife breast fed both kids from day 1 so I felt helpless not being able to do very much. When we introduced formula a few months in I started feeding him myself and then started to feel involved and useful. It’s hard not having control over how to feed the baby, especially when you want to help your wife.

Laura: Did you and your wife ever talk about how you feed your little ones during pregnancy?

Alex: Not really! It sorta became a conversation when it needed to be.

Laura: Did you ever have questions about formula versus breast milk?

Alex: We both did a lot of research knowing we wanted him to have the healthiest option out there. Mostly research across Google – mommy blogs were the biggest ones and my wife consulted friends that I would have trusted.

Laura: Have you ever been in a situation where you’ve felt the stigma on formula?

Alex: I know it’s mostly ‘the mom’ who feels it but I have been in situations where I held back from stating that we were using formula and probably because I knew it might raise questions or be controversial. It’s definitely something that needs to change and I feel bad for women where I know this stigma is felt much greater.

Laura: What gives you confidence that formula is just as good as breast milk?

Alex: Hmmmm, interesting.  I don’t believe formula companies would be allowed to sell if it wasn’t. At least I hope that’s the case? I get that it’s a question and very stigmatized but we also need to trust what is being sold to babies too — also, we would hear a lot more stories by now if there were major differences between them.

Laura: How would you describe your role in the feeding journey?

Jesse: Involved! From Day 1 I took a role in certain feeds (The midnight feed I remember very well) at the start it was pumped milk from a bottle and then it moved to formula after a few weeks.

Laura: Before having your little boy what influenced your understanding of the role you would play?

Jesse: Mostly family. My brother had a few kids and I watched him play a role in formula feeding, bottle making and sharing the load with his wife. So definitely being exposed to how others figured out the dynamics allowed me to have clear expectations about what I’d be doing.

Laura: Did you and your wife have concerns moving to formula?

Jesse: No. Her more than me actually.  I actually encouraged it sooner. I saw how much pressure she was putting on herself. My wife is a Chef and we knew that she would be going back to work pretty quickly so formula feeding was always assumed.

Laura: How did you decide what formula to choose?

Jesse: We started off with some samples we received from the hospital I think but when formula became a larger part of his diet we did more research on ‘what was the best’. I love that sort of research so I got really into it. We found a grass-fed milk option that had great reviews and switched him over to that.

Laura: Did you ever feel there was a stigma associated with formula feeding.

Jesse: No, never. My wife made me realize it.

Laura: What was your role in the feeding journey?

Andrew: It was different for every child. But honestly, I didn’t really play a role at all. I fed the babies a lot but under the routine and supply that my wife would give me. And I think that is exactly the role she wanted from me – support and trust her and don’t get too involved.

Laura: Did you decide together how you would feed the babies before they arrived?

Andrew: For the first one, yes! She made it clear to me that she wanted to breastfeed for 6 weeks, that was her goal. It was helpful to know that timeline so I could support along the way, it’s not easy and just as hard to watch from the sidelines feeling helpless too.

Laura: Were you involved in deciding what formula to feed the baby?

Andrew: We started with freebies from the hospital but then switched after a short period of time because he was spitting up a lot – we needed to turn to something for sensitivity. It helped, for a while, and then we switched again for another reason I don’t remember. The whole experience of trying to find a formula that is ‘perfect’ is definitely a myth — all depends on the babies tolerance and I’m sure many other factors too.

Laura: Any tips that you would give Dad’s/Partners going into the journey?

Andrew: Talk about it with your wife. Trust them in whatever they decide. Remember that every couple will have different ways of making decisions or fears about what is right. You both need to be comfortable with ‘your’ way of doing it. That’s it. 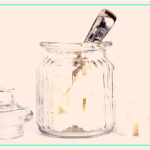 What You Need to Know About Sugar in Baby Formula 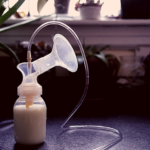 10 Things You Need to Pump Breastmilk at Work

How long does it take for my breast milk to dry up?

Whether or not breastfeeding was successful for you, we’ve got tips on how to help dry up your milk supply.

Best Formula for Breastfed Babies: How to Supplement with Formula

Ready to supplement or transition off breast milk? Here’s our how-to guide on choosing a formula and transitioning with ease.

Kelly Stafford chooses her mental health over breastfeeding, in order to be the best, most present mom to four under four.