Tonilyn Hornung is an author and freelance writer who lives with her husband, son, many furry friends, and never enough closet space.

Mom Kelly Stafford is in love with her family— and it shows. When she talks about her husband, Los Angeles Rams quarterback Matthew Stafford and her 4 little girls, the affection she feels for her crew radiates as bright as her enormous smile. Even her Instagram bio says, “Family over everything.” We totally feel the love. All you have to do is look at a family photo or read about a family adventure and you get it immediately.

Kelly’s love for her family is clear. And her passion for supporting other moms and dads on this unpredictable parenting journey is also very real. She’s super aware of keeping family bonds strong and this is why she feels that all the pressure placed on an inflexible “breast is best” attitude can cause a lot of unnecessary anxiety in a family dynamic.  “I think it’s unfair,” Kelly begins, “I think there needs to be a conversation about what else there is out there so that these moms can understand that it’s okay that you’re not breastfeeding or for these dads that don’t have donor milk or anything like that. There’s an amazing baby formula out there that can do incredible for your baby and amazing for your family.” So, get ready to feel the love as Kelly speaks her heart about feeding, mom’ing, and everything in between.

Kelly is a superwoman stay-at-home mom to 4 kids all under the age of 4, and even with all the fatigue and frenzy that can bring, she says she wouldn’t change it for the world. “It’s such a blessing to be able to be their mom and I wake up every day tired, but ready to see them. I really love being their mom,” she says. As soon as Kelly and her husband were married in 2015, they jumped right into starting their family. They quickly realized, however, that getting pregnant was going to be a little rough for them and that’s when they started IVF treatments.

In vitro fertilization brought Kelly and Matthew their beautiful twins, Chandler and Sawyer. “That was quite the process,” she begins, “after that, things just kept rolling. Hunter came soon after that and Tyler soon after that.” With all the planning that can go into keeping track of four kiddos schedules, Kelly reveals that she had no real first-time mom feeding plan other than thoughts of breastfeeding. “…that’s because I think that’s what was thrown my direction from everyone I knew. And every medical person that told me that’s what I should do,” Kelly says.

On average, a baby eats every 2-3 hours, and with twins, well, that math just keeps on growing when you have to multiply everything by 2. Kelly lasted 3 weeks trying to breastfeed before she had to stop. “It just wasn’t right for me,” she says. From there, she moved on to pumping her breast milk. “I was very blessed. I produced a lot of milk, but it was every hour and a half. I would be on my pump and the pumping would last about 20 minutes. So every hour and a half, and then I would do the every 20 minutes to up my supply. Average, I was on it every hour and a half to two hours.”

The time-consuming element of pumping totally consumed her mentally and physically. So, finally, when her twins were 6-months old she turned to formula—and she says it was life-changing. “I was nicer to my husband. I was just a better mom in general because I had energy. I had the time just to be with them and not stress about feeding them, which was incredible,” she says.

Kelly says while breastfeeding her twins she felt like mentally she was just there to feed her babies and nothing else. “It was really tough on myself and my relationship with my husband because I felt like I didn’t have an identity, but to feed children” Kelly begins, “and that was a tough thing to get through and get past the stigma of having to breastfeed your children.” Finally, it was her husband who reminded her that she had other feeding choices when he said, “Look, if it’s going to be easier for you, do it.” Kelly says his support was really what started the ball rolling and why she was able to take her next steps to supplement by formula feeding.

When Kelly became pregnant with their third child, Hunter, she made the decision to skip the breastfeeding and go straight to the pumping. That lasted for two months. Being plugged into her breast pump instead of being plugged into her family, Kelly says she felt her relationship with her husband and twins struggling, “Hunter was a baby and that one was fine because she was getting, one-on-one time with mommy, but I wasn’t getting time with my girls or my husband, so we then turned to formula with Hunter,” Kelly recalls.

Parenting is full of unexpected moments, but Kelly and her family were truly stunned when this next obstacle rose up to meet them. The journey that followed would change her approach to motherhood for good. Kelly was diagnosed with a brain tumor in 2019. Diagnosed with an acoustic neuroma, she was told she needed to have surgery to remove the benign tumor. Hunter was close to 7 months and the twins were 17 months.

Committing to formula for baby #4

Kelly came out of her health scare with a significant takeaway: “Being there and being present with my husband and my kids was really the most important thing that you can do for your family,” she says. So, when Kelly became pregnant with her fourth child, Tyler, it was a quick and easy conversation with her husband about how to feed him. “I decided right then and there, that being present with all of my children, including Tyler and my husband, was far more important than giving her something that is that’s considered being ‘the best’. He was so excited for this decision just because he knew the amount of stress it took off me,” Kelly says.

Sharing her formula feeding decision with friends and family, Kelly received a lot of support, but there were also those unexpected negative comments, “I did get a little bit of breastfeeding backlash from actually some of the people closest to me,” Kelly begins, “but as they saw how everything played out, they realized that I know what’s best for me and my family and I made the right decision.”

My babies are always first, but my mental health is also something, too.

Kelly believes that children have the opportunity to be their best selves when their parents are also operating at their best, and that’s a big part of the reason she chooses to formula feed Tyler. This choice would allow her the freedom to be present with her family, “It wouldn’t be just my mental sanity, but my husband’s as well. And I really wanted to be again, present for all four of my kids, not just one,” Kelly says.

As a mom to four growing girls, Kelly knows what’s up, and as a mama who chooses to formula feed, she’s open to sharing her thoughts and experiences. “I felt like there were a ton of moms, millions of moms, that are going through this same thing, that are struggling to breastfeed and they have so much pressure and it’s causing anxiety. I just wanted to be a voice to those moms. It is okay if you decide to feed your baby formula. If that’s going to be what’s right for you, it’s going to be right for your baby, too,” says Kelly.

Kelly has been honest in her journey starting with the breast and moving to the bottle. For those parents who might be wrestling with feelings similar to what Kelly felt along the way, she says:

Kelly Stafford is partnering with Baby2Baby to help families in need of formula.

Kelly is part of the Bobbie formula feeding campaign ‘How’s Breastfeeding Going’ along with new dad Tan France and mom Hannah Bronfman. Her goal is to help #shakethestigma on formula feeding. Join her and Bobbie on this mission by visiting howisfeedinggoing.com. 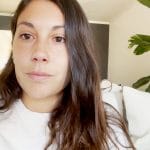 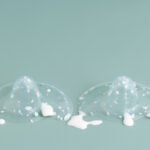 Best Formula for Breastfed Babies: How to Supplement with Formula

How long does it take for a baby to adjust to formula change?

Switching to a new formula is a big deal. Here’s how a pediatrician suggests you make the change.