Doula and mother of seven (!!), Lindsey Cipriani, tells all about her feeding journey that took her through the bliss of exclusively breastfeeding, the gratitude of milk bank milk, and the hurdle of accepting formula when her babies needed it. She has some wisdom to share after feeding seven babies.

When it comes to caring for babies and understanding what it means to be a new mother, Lindsey Cipriani is as experienced as they get. Lindsey is an experienced doula and spends her time prepping women for childbirth and coaching them through pregnancy, labor, and those precious moments as a new mom. Not only is she certified and trained, but she’s a mother of seven, yes seven, children and knows a thing or two about having babies and feeding them.

After dedicating her life to supporting new moms and babies and to raising seven kids of her own, Lindsey knows firsthand that there is no one size fits all to feeding a baby. Success with breastfeeding with one baby does not guarantee success for the next. She tries to bring empathy to her clients from the highs and lows of her own journey.

“I exclusively breastfed my first baby and that experience was like what you see in pictures—the flowy hair, the boobs out and the image of easy. I had no issues that first time around. Then I had twins, which rocked my world.”

The Twins Changed Her Perspective on Choosing Formula

“I tried really hard to get my milk supply up but ended up needing to supplement with formula,” recalls Lindsey. “I remember the pediatrician saying to me formula isn’t poison. That’s when it clicked for me the doctor was right. And then I started watching my baby gain weight.”

As the daughter of a Le Leche League leader, childbirth educator and doula before doula’s were a thing, Lindsey assumed she would always exclusively breastfeed her kids. So even though she resumed exclusively breastfeeding after just a few weeks of supplementing with formula, she admits she had a tough time coming to terms with the idea of formula feeding.

“I felt failure, shame and guilt that my body couldn’t nourish my twins,” Lindsey remembers. “I also believe it fed into some of my postpartum depression, which was very unhealthy.

“I would talk to my therapist on the phone and hysterically cry. To have preemie twins who cried all the time because of upset stomachs and tons of gas from insufficient latches was the hardest thing I’ve ever dealt with. I became a doula soon after that because the experience changed me. My birth and feeding journey made me want to have the ability to provide others with non-judgmental support.”

Then came the second set of twins

After going through motherhood with a singleton and twins and working with other women to bring their babies into the world, Lindsey seemed ready for anything. But she wasn’t; and just two years after giving birth to her first set of twins, she had her second set. Once again, feeding those twins, who were born at 40 weeks, was nothing like feeding her first set and Lindsey had to adjust her feeding expectations.

“I had boys and one of them was gaining weight at a slower pace,” says Lindsey. “But this time around I knew formula was an option. I also knew one of my friends was breastfeeding and donating her milk, so she gave me some. That donated milk got us through the period when weight gain was slower. At that time, I was also still working as a doula and at times would be gone for 48 hours. I always left expressed breastmilk, donated milk and formula because I didn’t want to worry about the boys going hungry. Formula was always part of my backup plan.”

Five years after giving birth to her twin boys, Lindsey had another baby girl who she exclusively breastfed, but not without challenges.

“My first experience breastfeeding was so easy and with my last she had a tongue tie and needed it clipped,” says Lindsey. “I also had mastitis, which was more painful than childbirth and I breastfed through that as recommended by my lactation specialist. Looking back, I don’t know how I powered through.”

Now, Lindsey’s youngest is four years old and is long weaned from breastfeeding. Yet Lindsey is still immersed in the new baby feeding culture that forces women to put so much pressure on themselves.

“I have clients all the time putting themselves through torture to feed with their bodies when it’s just not working,” explains Lindsey. “I try to create a space where people can say it’s ok to choose a different route. It’s ok to give your child formula, human milk from the boob, human milk from a bottle or whatever supplementation you see fit.”

And as a healthcare professional caring from some of most vulnerable populations, Lindsey is sick of the companies that put profit over people, especially the most vulnerable people- our infants.

“I’m tired of the corruption surrounding the way we care for ourselves and our babies. We deserve quality products at affordable prices where people are put over profit. Formula saves babies lives. I want there to be a really kickass formula that can stand by and recommend to my clients. They look to me for advice. As someone who’s had all these kids and used formula, they know I won’t judge them if they choose to exclusively formula feed.” 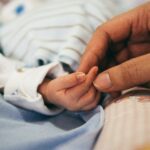 Combination Feeding: When To Start and How To Make The Introduction 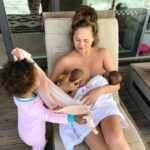 Combination Feeding: When To Start and How To Make The Introduction

Formula Feeding Schedule: What To Expect?

Foods To Avoid While Breastfeeding