I am a planner. I love the structure and predictability (and even the flexibility) that planning my days allows for. I feel productive when I can check the boxes off my daily to-do lists. Weekly planning helps me not feel overwhelmed. I am a creative producer, a problem solver, a daydreamer who likes to turn lofty ideas into measurable, achievable goals.

One exception: love and marriage. It felt inauthentic to plan for these life events and it always made me uncomfortable to hear people’s arbitrary deadlines for Plan A (marriage and offspring) and have Plan B at the ready (freezing eggs, adopting). It felt like a recipe for failure and disappointment.

We put off having a baby for so long, so when my boyfriend and I finally decided to try and failed, I knew the lack of planning for this life goal was going to have its repercussions. And it did. One surgery and several rounds of IVF later, I finally became pregnant at the age of 39.

Needless to say I took nothing for granted afterwards. The nine months that followed were all about planning: nesting, reading, prenatal and parenting courses, CPR certification, going into rabbit holes on the Internet about anything and everything that could go wrong. One other thing I planned for: breastfeeding.

Wait, Was I Even Breastfed?

Looking back on my childhood, I don’t recall ever seeing a woman breastfeed—not in my presence nor in the media. My baby brother was raised on formula (I clearly remember helping to prepare his bottles); my twin sister and I were exclusively on formula; no one in the community of my mother’s friends had ever whipped out a boob for a feeding. But thanks in large part to social media, it became clear to me that my mother’s generation had been “doing it wrong the whole time.” The images were captivating, heartwarming and inspiring — images of mothers and babies, skin to skin and feeding for the first time after delivery; of mothers proudly breastfeeding in public; of that special bond between mother and child that could only come from breastfeeding. On social media, in parenting blogs and at the hospital, the message was unavoidably, unmistakably clear: BREAST IS BEST.

The Questions I Should Have Asked Myself Before Setting Expectations

Now, why I didn’t think to ask questions about this well-intentioned catch-phrase is beyond me. Questions like: Do my age and c-section factor into my milk production? How do gay couples or adoptive parents tackle breastfeeding? How do I determine if breastfeeding is not the best for my baby (or for me)? In hindsight, that catch-phrase loomed over my entire pregnancy, to the point that none of those questions ever crossed my mind. Sure, I went to parenting classes where they talked about milk supply and even milk donations for those who couldn’t produce milk. But that wasn’t gonna be me. I wanted the best for my child and I should be able to give her that. Even if it meant I’d have to pump non-stop at home (not knowing full well what that entailed or how much time, sleep and sanity would be sacrificed).

At the hospital I remember being inundated with information and advice, constantly being prodded by lactation nurses to make sure my daughter and I both got the hang of it. As grateful as I was to them, it was all too overwhelming, the reality of it. The tender, bonding moment I had imagined wasn’t quite so in real life. The reality of pumping at home and maintaining that against a feeding schedule was also something I didn’t quite grasp until I was in the thick of it. Despite all this, I forged ahead, still thinking it was the best and only option. It wasn’t until a few weeks at home, when I noticed my baby felt lighter, that I realized there was a very real problem irrespective of my own efforts. I raced my baby to the pediatrician’s office who confirmed she had been losing weight. My heart sank. I was failing as a mother to a baby I fought so hard to conceive. My baby wasn’t getting enough milk, and the “walk of shame” home involved a carton of formula from the grocery store to supplement my breast milk (there was no Plan B so I hadn’t even researched baby formula and bought whatever seemed the most organic). At home, with a bottle of formula at her lips, my baby was the most serene and satiated she had ever looked, and I sat on the floor crying, defeated.

A night of baby formula research and an ego check later, I decided on European baby formula and settled into a breast feed-breast pump-bottle supplement regimen. The only problem? That plan wasn’t working either. The intense schedule was working against my mind (and likely my body). Even with the aid of numerous lactation cookies, teas, herbs, vitamins, smoothie mixes and such, I was lucky if I could pump a single ounce of milk out of me in a day. The sight of the pump and its attachments gave me anxiety. The act of chewing lactation cookies brought me to tears. There was immense pressure for me to perform and I had no idea where it was coming from (certainly I didn’t feel any pressure from my partner). And my baby was becoming increasingly frustrated during her feedings, still hungry and unsatisfied unless she was bottle fed with formula. Consequently, the time we spent together felt compromised. I couldn’t feed her the way society was telling me I was supposed to. I was failing her again.

The Dreaded News: My Milk Supply Was Gone

Eventually a lactation consultant told me what I feared. All signs were pointing to the milk factory being closed. I was gutted, I was tired, and I was desperate to give up. It wasn’t until after she said these words that I realized how much I needed to hear them: It’s okay to stop. The permission to let go, to feel empowered to change the feeding narrative was what was missing from my breastfeeding plan. It’s what I feel is missing from the conversation that could’ve spared me and my baby three months of torture. On her 3-month birthday, I held her tight in the dark of her nursery room, the light of dawn showing me the silhouette of her final latch. I cried and I grieved for that breastfeeding bond I was about to lose. Later I packed up the pumping supplies and tossed all the lactation aids from my pantry. And then this feeling of relief. I let go, shoulders lighter and looking forward to all the quality time I would gain by being fully present and not distracted or worried or overwhelmed: a different, better kind of bond with my baby. That was something I didn’t plan for but fully welcomed.

Lisa was most recently a video producer in-house at Square, where she was drawn to its mission of economic empowerment. She also founded Paper Tongue Productions where she, along with her producing partners, is dedicated to championing women’s stories and women filmmakers. She and her partner Daniel welcomed their daughter Filippa Ka’iulani last May after a long IVF journey. She is passionate about sharing her fertility struggles and her breastfeeding journey with other women to help de-stigmatize, share knowledge and give support to anyone who needs it. 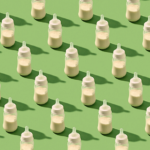 What to Do When Your Baby Refuses a Bottle 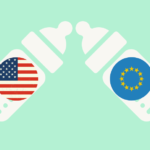 What is the REAL difference between European Infant Formula and US Infant Formula? A Regulatory Expert and Scientist Breaks It Down

“I accidentally diluted my baby’s European Formula for weeks.” Hear this mom’s warning on the hype of choosing foreign formula.