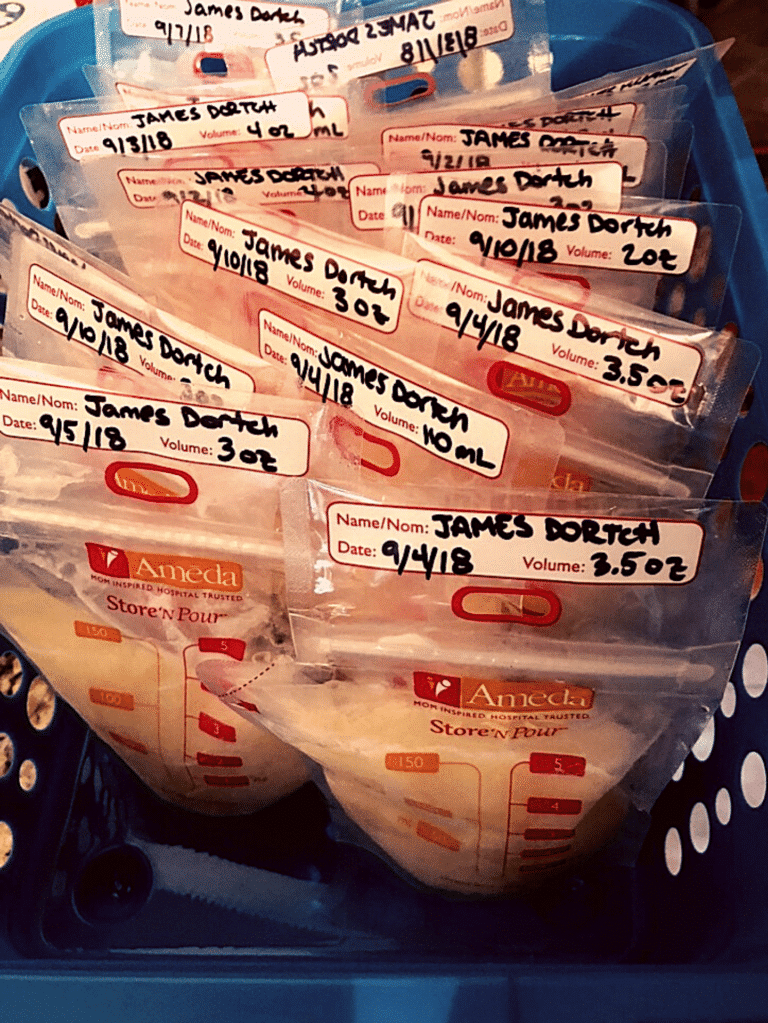 by Amelia Dortch, mom to James and Milk Drunk Contributor

I was tired but I couldn’t sleep.

Instead of being too excited to sleep because I’d just become a mother for the first time or because I’d laid eyes on my beautiful baby boy; I was too focused on what I thought was the most important moment of being a mom. I had one job; beyond carrying and delivering him. I had to feed him. I absolutely had to breastfeed him. But, he wouldn’t latch…

At this point, delirium had possibly set in.

I’d pictured it a million times over the months leading up to his birth. It would be the most natural bonding experience. I’d gently nudge my breast; the right one if you want to get specific, to his lips and he’d instinctively latch and get the sustenance he needed to grow. He wouldn’t need a bottle, he wouldn’t need formula. He’d just need me; his momma to feed him. It would be perfect.

Well, in that moment of trying to desperately get a one-day old baby to do something he’d never ever done before, I felt like an utter failure of a mom. If I couldn’t figure this out; what good would I be to him?

Thinking back to that night now, I grimace with embarrassment. I was so focused on me and my expectations, that I forgot the most important parenting tip, “fed is best”. For some reason, expectant moms and even “been there, done that” moms are almost brainwashed to believe “breastfed is best.” Don’t get me wrong, science has shown that breast milk does offer invaluable nutritional benefits and provides a natural way to bond in those first days. But, it’s not the end-all, be-all of being a mom.

However, you couldn’t convince me otherwise in those first days, weeks and months of trying to #momsohard.

In the midst of getting poked and prodded on the hour, every hour; you’re expected to focus 100% of your attention on nursing your newborn baby during your 3-4 day hospital stay after delivery. The supportive but forceful lactation consultants can almost be militant in their approach.

“Hold him like a football. Don’t let him squirm.”

“Gently shove that breast in his mouth.”

“You shouldn’t hear sucking while he nurses.”

“He absolutely needs that colostrum. Don’t give up. You can do this.”

And, so I committed because I didn’t want to feel like a failure. Even weeks later, when my nipples were raw, crusty and in need of special medicated ointment, I didn’t give up. A few mom friends would text to check in and say, “Just give it a month. It will all get better.”

Tears of pain rolling down my face and grimacing from the thought of another painful latch, I kept trying.

And, eventually it did get better.

Pump, Pump, Pump it Up (#PumpLikeaBoss)

During the rest of my maternity leave, breastfeeding was great. Aside from the late nights and early morning wake-ups, I got into a comfortable rhythm of nursing and occasionally pumping. Then, reality set in. I had to go back to work and I wouldn’t have the luxury of nursing him during the day any longer. If I wanted to continue feeding him breast milk, I’d have to commit to pumping during my work hours.

I was a maniac about it. I would #pumplikeaboss at least three times for 15-20 minutes at a time. I’d do it in the car before and after meetings. I’ve done it in a public restroom. I’ve done it on an airplane in my seat. I’ve pumped in an open office setting, hoping the sound wasn’t too annoying and that my nursing cover wouldn’t slip. I’ve asked a hotel to put my milk in their freezer. I’ve used a manual hand pump when an electrical outlet was unavailable or when my battery died. And, I’ve resorted to consuming copious amounts of lactation cookies to boost my supply. It was beyond reasonable sometimes. I was so devoted to my mission to breastfeed.

But, finally I reached my breaking point. One day, while driving to my son’s 9-month checkup, I felt weary. I was exhausted by the thought of having to pump again. I actually felt depressed about hooking myself up to pump even one more time. Somehow, I was ready to just let it go.

Give Yourself a Little Grace

It would take a month more to fully wean. The biggest realization is that I didn’t feel bad when I stopped. I didn’t feel personally affronted that my 10-month-old son didn’t seem to mind formula. He wasn’t devastated by the different taste that was vastly different from the manna I’d unselfishly sacrificed to produce for him. He took that formula the same way he drank the breast milk; without a care in the world.

Thinking back now, I wish I’d given myself a little more grace. Cared a little less about what other moms would think; including my own. My mom has always encouraged my sisters and me to nurse because she couldn’t. In a way, I think I wanted bragging rights which don’t even matter in the big picture. But, being a mom, nursing or not, is your own personal journey. No one will experience those ungodly hours for you, they can’t carry the pressure of breastfeeding for you, they won’t feel that anxiety providing enough milk, and they can’t make the decision on how to feed you baby like you can.

So, give yourself a little grace. Do what works for you, your baby and your family. And, tell anyone who wants to give you their opinion on that to “#haveaseat or several”. 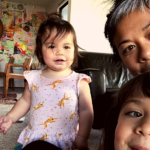 Feed Your Baby, Not the Noise: Two Stories of Moms Who Felt the Judgement on How Best to Feed Their Babies 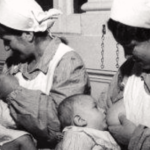 Workplace Wins: The Five Best Places to Work if You’re a New or Expectant Parent (and How Other Businesses Can Learn From Them)

Dear Congress: We’re demanding a change in the formula industry

Bobbie’s co-founder, Laura Modi is demanding industry change on behalf of all parents.