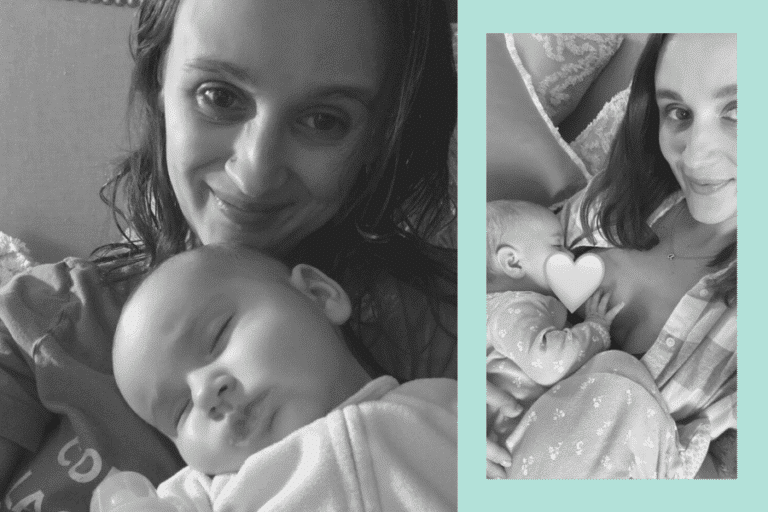 I am a born-and-bred rule follower. So when my pediatrician replied, “six is better,” when I remarked I planned on exclusively breastfeeding my baby for three months, I nodded in agreement. I would, as always, follow the rules.

But breastfeeding my little June would prove more difficult than I expected. I actually said to my husband in the hospital, when she first latched, “I don’t know why everyone wouldn’t want to breastfeed.” And I now apologize to all womankind for that statement.

First, there was the up-every-two-hours feeds with no one to help. Then, there was the daytime cluster feeding to increase my supply. “How can she possibly be hungry again?” we said over and over. I started to hit my breastfeeding breaking point when I came down with mastitis around two months. It seemingly appeared out of nowhere—I suddenly felt my body crashing followed by a night of sweats and chills. When I called my OB’s office in the morning, I had to insist that I was sure it was mastitis, and not COVID.

After a few days of antibiotics, my flu-like symptoms subsided, and it took several more days of hand expressing and massages to break up the lumps. But we weren’t out of the weeds yet. I mistakenly ate a broccoli salad that did not sit well with June, and it led to 36 hours of tummy aches and screaming. I felt as if I had poisoned her.

I knew in my gut it was what I had eaten, but other voices crept in. “Maybe it was just a coincidence.” “It is debated if gassy foods can transfer through breast milk.” “She just hit her first leap. That must be it.” So, we kept on going. The following week, June was cluster feeding again (or so I thought), and was latched to me constantly. I was quite literally drained. I felt as though she was insatiable and that I couldn’t produce enough to satisfy her.

Asking for permission to supplement with formula

So, I called my pediatrician for advice. In retrospect, I know I was looking for permission to supplement with formula. A nurse said June most likely wasn’t cluster feeding, but instead was using me like a pacifier. This did appear to be the case, and when I started unlatching after 20 minutes and offering a pacifier instead, things got better.

Still, I didn’t feel I could produce enough to keep up with June’s hunger level. And it left little extra for me to pump and stash in the freezer, or to just keep on hand for someone else to offer her a bottle.

The breaking point of breastfeeding exclusively

Around the three-month mark, June was screaming at my breast, refusing to latch. There wasn’t any milk handy in the fridge, and I didn’t want to take the time to thaw out a precious freezer bag. “Make her a bottle of baby formula,” I told my husband. I had been thinking about supplementing for some time, so we had a canister of Bobbie on hand.

June happily accepted the bottle of Bobbie, and quickly chugged down four ounces. I cried tears of relief that such a weight had been lifted off of me. Now, she gets a bottle of formula in the late afternoon when my supply is low, and another bottle before bed to help her sleep.

Supplementing with formula for mental health

Hindsight is 20/20, but I wish I had introduced infant formula sooner. I realize now I was waiting for someone else, someone in authority, to tell me it was OK. I listened to the voices that insisted I was producing enough for her. Now I know that while I may have been producing enough for June, it wasn’t enough for me.

Honest motherhood influencer Linda Fruits shared a post recently that said, “If breastfeeding costs you your sanity, it’s no longer considered liquid gold.” That really resonated with me. The voices that talk about the amazing benefits of breastfeeding (and yes, there are many amazing benefits) are so loud, I couldn’t help but feel like supplementing with formula was failing.

I, the type-A rule follower, who always got a gold star on her report card, felt I couldn’t listen to my gut. I kept waiting for someone to give me permission until I couldn’t take it any longer.

In the end, I gave myself permission to feed my baby formula.

I’m still learning to lead with my intuition as a mother—to read the articles, consult the authority figures, and, in the end, do what I know is best for my baby. It will take more practice, but June’s daily Bobbie is an excellent start. 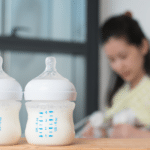 Combination Feeding: When to start combo feeding your baby and how to make the introduction 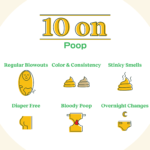 Lip ties and tongue ties lead to a whole lot of pumping for this brand new mom.

An honest look at the life of a brand new mom. Week #1, it’s tough.