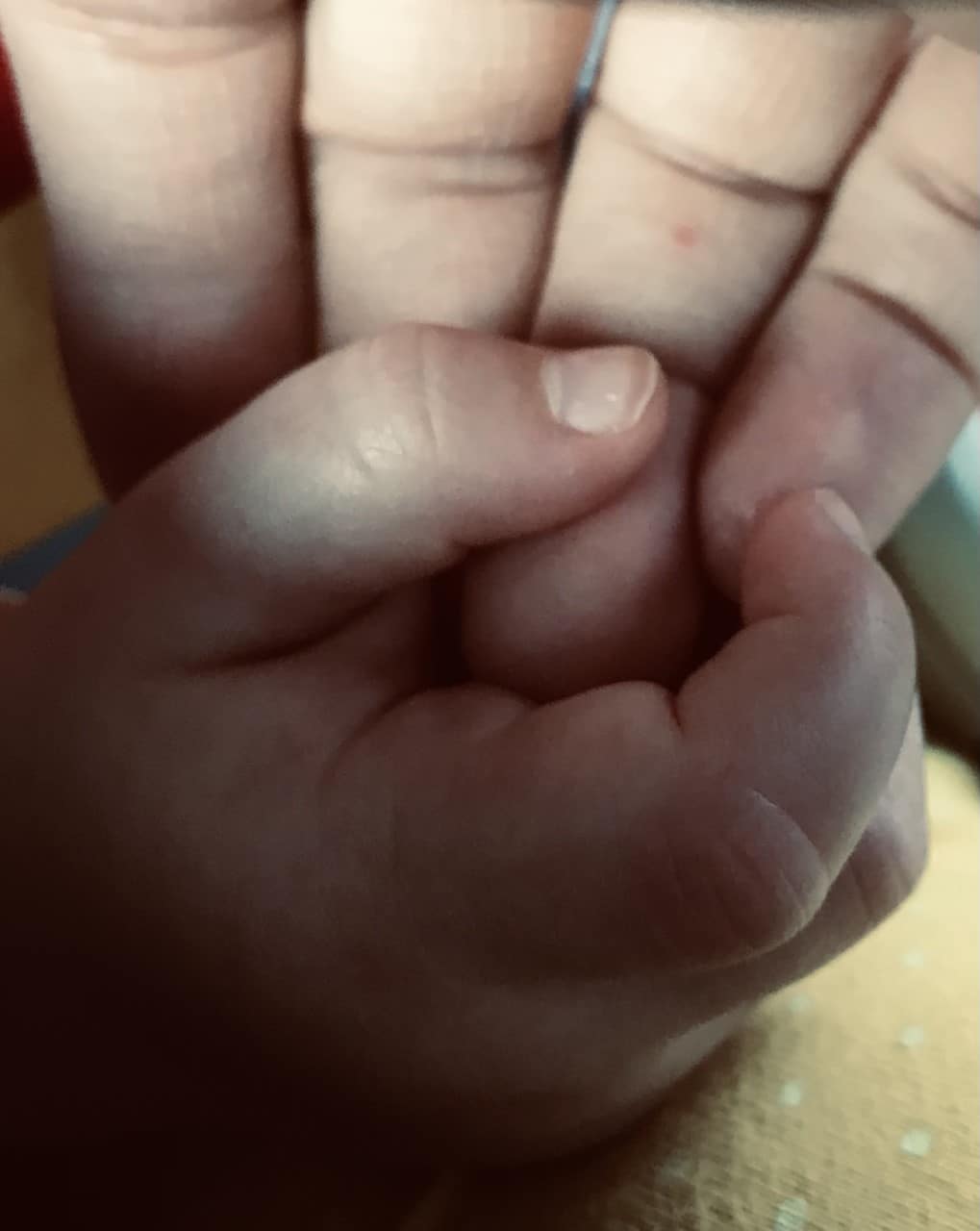 Jill S. Litwin is a Single Mom by Choice to Tod the Goldendoodle and Autumn the human, and author of the forthcoming memoir, Baby Steps. Her stories are shared on her website and on instagram.

I’d describe my relationship with my boobs over the years as contentious. They were to blame for my severely slow marathon time; it was their fault handstands in yoga didn’t come easily; and their outrageous demands for support meant any cute, slinky sundress with just a thin built-in lining was not happening.

And when it came to bathing suits, don’t even get me started. Size four bottoms would fit perfectly, but the tops? My boobs always whined for more room, more coverage, more material. They were rarely happy in sports bras, and you wouldn’t believe the tantrum if I even attempted to wear strapless.

All in all, they were high maintenance pains in the butt.

Not only that, but they were super awkward.

My new job as breastfeeder

The lady on the right was elephantine, with far too much red and an inverted nipple. Lefty, on the other hand, was perkier, tinier, neater. She’d be fine on her own, but with her significant other, they were always the odd couple.

And then I got pregnant. And a job became available. And the ladies were the only applicants.

After all those years of cursing them during workouts, criticizing them for being so cumbersome, condemning them for those few extra pounds, I needed their help.

I was already sad about my baby girl not having a dad, or a kid her age living next door, or even a brand new nursery. The least I could do was give her my milk.

The truth about breastfeeding

Mother’s milk. It was all the rage on the mommy websites and in parenting books and magazines. And it was also a source of frustration, struggle, and disappointment in new mother meet ups and chat rooms.

Some women have too much milk, some not enough. Some babies can’t latch correctly, some don’t know how to swallow. Some people say breast is best, others argue babies just need to be fed–one way or another.

I’m so glad I didn’t know any of this drama when I set out to have a baby. Ignorance is bliss, and I was naive enough to think that my ladies just owed me. I had hauled them around all those years, catering to their every whim, and now it was time for them to give back; to step to the plate and finally make themselves useful.

Little did I realize the enormity of my request.

I was blissfully unaware the working conditions would be so intense. Practically slave labor.

Every 1.5 – 2 hours for 45 minutes 24/7, they’d have to produce. Then, once a day, they’d have to be hooked up to a machine that’d suck even more out of them to be placed in bottles for future use. Not only that, but they were given zero days off, because ducking out for even 24 hours would mess up the whole system.

It wasn’t until the hospital lactation consultant came into my room hours after delivery and praised me that I realized my good fortune.

Who knew I’d be such a good milk producer?

“Look at you, nursing already,” she said. “And the baby has a good latch. Way to go!”

A similar thing happened a few days later at the doctor’s office.

“I’m so glad you’re able to nurse. We get so many women in here who just don’t produce enough milk. And especially with your age.”

I felt guilty. I had spent the previous few days once again complaining about the ladies. They were leaking all over, they were heavy, they were uncomfortable.

But really, they were doing their job and doing it well. Finally, we were a team, and we had work to do.

My part was easy–spoil them rotten so they could perform to the best of their ability. I pampered them with the finest nipple creams when they were sore, draped them in the softest nursing cover when we were out, and relaxed them in luxurious bras when they were between sessions. I went the extra mile by eating tons of special cookies meant to help milk production–because it’s important to be a team player.

And in return, they reliably fed my baby.

Did formula feeders have it easier?

Sure there were times the grass looked greener in the yards of my bottle feeding friends. I marveled at their ability to note the exact number of ounces their babies consumed. I was jealous when all their babies slept for way longer chunks of time at much younger ages because formula kept them fuller. And I couldn’t help but long for their ability to leave the house knowing their babies would happily take their bottles because they never had the alternative.

I also relished the benefits: The convenience, hundreds saved on formula, and no dishes to clean after mealtime.

Everything was going well. When I greeted Autumn in the mornings, she’d eagerly point to the bed, excited to get her nourishment. When we played in the living room, she’d tap my chest smiling in anticipation of a snack. And when it was bedtime, she’d never forget to thank the boobs that fed her.

And then, fifteen months in, disaster struck.

I thought the end of the line would be on Autumn’s terms, when she was ready, and had had enough. But like so many things in life, it didn’t go as planned.

A quick and emotional end to breastfeeding

Autumn’s teeth are sharp, painful, and fierce. They were lying in wait for months, and then they rushed in together and ambushed us. Her Swiss Army teeth keep her up at night, force her to overdose on popsicles, and worst of all, make her nurse differently.

The ladies didn’t stand a chance.

Suddenly, breastfeeding is over. And only now am I learning so many things.

I guess I brushed it off when I read that babies come to the boob for comfort, safety, and closeness. I thought those reasons were secondary to hunger, but I was wrong. They were firstary.

That urgency in the mornings wasn’t because she was hungry for food. For that afternoon snack, goldfish crackers wouldn’t have sufficed. And at bedtime, she wasn’t bidding the ladies goodnight because she wanted to thank them for working hard all day.

It was all about love–at least equally about it.

But so much about parenting is unexpected.

I hope I can forget the blood-curdling cry that still rings in my ears that first night she didn’t get to nurse. The pleading, yearning, and aching. Without being able to provide her comfort and warmth in the same way, I felt as though I was abandoning her naked outside in bitter cold weather.

It’s difficult to say who was suffering more.

When she awoke again screaming in the middle of the night, I cuddled her in my bed, her pacifier pressed against my face, her body hugging up against me as though she was seeking a secret entrance back inside.

And I couldn’t help but wonder about the logic behind getting nine months of keeping our babies safe inside us when we don’t even appreciate it. We don’t even know them, and can’t appreciate the comfort we’re providing. And probably neither can the babies. I wished we could save those nine months, space them out, for after they’re born. A day when she gets picked on, a day when she gets dumped, a day when she fails a math test. All good reasons to hide in the womb. Missed the soccer goal? Take a womb day. Didn’t get invited to the birthday party or the friend’s house? I got you.

But, alas, sometimes you just have to live with the way things are, even when you’re just 15 months old.

It’s better to have nursed and stopped than to have never nursed at all – for both of us.

At least I think I believe that, even though at the moment I’m not so sure.

For now, I take a deep breath, go into the bathroom, and apply Neosporin to a couple of band-aids. Then I wipe my tears, put on my Wonder Woman cap, and I…