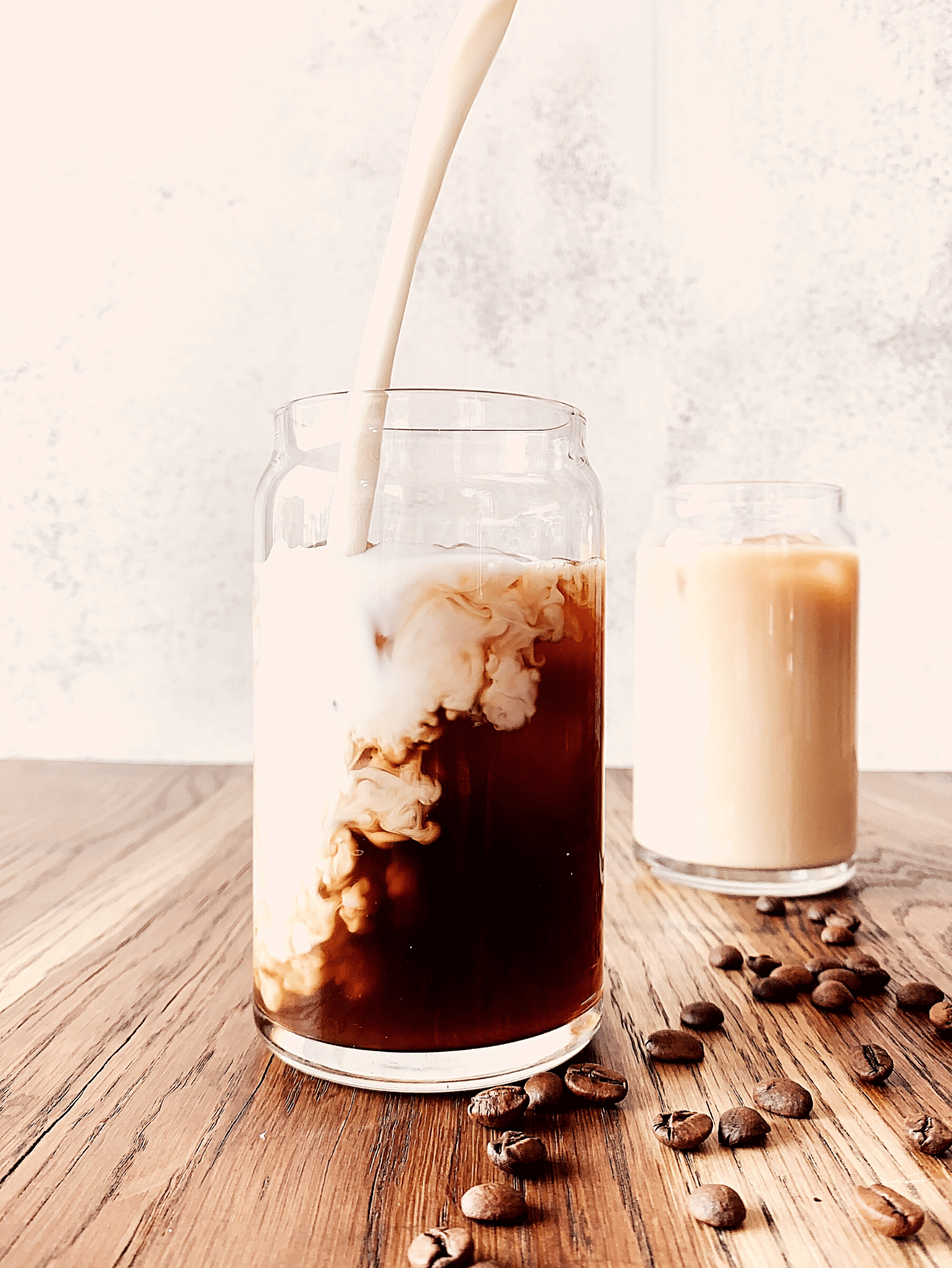 by Amelia Dortch, Milk Drunk Contributor and mom to James

We’ve all been there. Forcing ourselves to diet to look decent in a bikini, or even to squeeze into those pre-baby yoga pants. You count calories through a tracking app, you deny yourself blissfully yummy carbs. You even find time to squeeze in a few workouts. After a few weeks or months, you hopefully begin to see that bikini-ready body peeking through.

There’s a level of satisfaction and gratification that comes with dieting for vanity’s sake. You look good and feel good. Your friends usually notice the change and you earn the coveted, “Girl, you look great!” Yay, you managed to squeeze in another summer feeling good. The sacrifice and dedication paid off.

This, however, does not prepare you for an unintentional, no rewards diet. It’s the diet where you’re newly postpartum. It’s the diet that isn’t calorie, carb or sugar based. It’s worse. It’s the non-dairy diet. That means no cheese, no coffee creamer, no ice cream, no sour cream, no pizza, and no nachos!

Why non-dairy? Here are the two reasons I had to consider this diet as a new mom to my baby boy.

Honestly, I never imagined I’d be dieting for someone else, EVER. I only dieted for something; a dress, a swimsuit, or a big vacation. I wasn’t prepared for the sacrifice it would take to diet for my baby.

After all, I’d recently sacrificed my nipples to perfecting his latch for the first month of his life. I thought that was the worst of it. Don’t get me wrong, it was pretty traumatic learning to nurse. But, I didn’t know how tough it would be to sacrifice a part of me again.

So, here’s how this diet came to be. I noticed that his skin was red, irritated and covered in very tiny bumps. I thought it was just the normal adjustment from being in utero and now being exposed to the outside world. After a month, I thought his skin would level out. It didn’t.

Next, I noticed a problem after he finished EVERY feeding. He wasn’t properly digesting my breastmilk. For such a tiny human, he would spit up quite a bit of what he’d just consumed. It was so bad that I feared letting someone hold him because he could projectile on them without notice. Have you ever watched someone’s reaction when a baby lets loose on them? It’s horrifying. After all, you don’t want them to think you’re raising a miniature exorcist. Or, have you ever worried that showering and putting on actual clothes would be a waste of time because you’d end up smelling like spoiled milk anyway?

Aside from the social and hygienic implications, this and the skin issue worried me. Was something wrong? Was my baby sick? Was he getting enough nutrition to grow and be healthy? Realizing I can only do so much without medical advice, I decided to visit with his pediatrician.

To my surprise, she wasn’t worried at all. It was actually ‘normal’ for a baby to spit up. And, she said that eczema was pretty prevalent in new babies. Her recommendation for the latter was easy enough. She prescribed a cortisone cream to manage flare ups and she recommended I keep him bathed and moisturized in delicate baby products. I could handle that easily enough.

After talking to her about the amount and frequency of his spit-up episodes, she made another recommendation. The doctor recommended that I limit my dairy in-take. It would actually address both issues with his skin and digestion. Honestly, I didn’t see this coming.

I thought, “How, Why? Is this even possible?”

Apparently, it is. After reading loads of blogs and research, it could help. I figured out that you could be extreme in your approach. For example, I read where one mom went so far as to look for wine that was completely vegan. That’s dedication. Or, I realized that you could take the more reasonable approach and just eliminate what you can. I chose the second option.

As I adjusted to the idea of my new reality, I began to make small changes in my eating habits. I cut out dairy creamer in my morning coffee. I tried to resist sour cream on my beloved tacos. I denied myself ice cream. And, I even left mayonnaise off my sandwiches. Don’t judge me. I’m a born and raised southerner who grew up on that fatty goodness.

Over the next few months, I tried my best to be mindful. Changing me diet helped better manage his skin and reflux issues, but it did not eliminate them. I still had to keep loads of bibs and burp cloths with me at all times. Honestly, I’m not sure if I should have gone through the trouble of altering my diet. At best it would temporarily relieve two issues that his body could eventually adjust to as his digestive system and skin matured.

You may be wondering, “Why didn’t you just switch to a soy or non-dairy based formula?”

I honestly don’t know. Other than not wanting to give up on breastfeeding or deal with switching him to formula and worrying we’d introduce other potential issues; I honestly don’t know. Several months later, I’d learn he would take to regular formula just fine when I weaned from breastmilk.

Now at nearly two years old, his skin is less sensitive, and he drinks whole milk like a champ. He’s happy, thriving and doesn’t care if I diet or not.

The fear of the unknown can obviously be our biggest challenge as new moms. Looking back, I’d encourage other moms who face digestive and skin issues with their babies to simply do what’s best and most practical. Going on a pretty unrewarding diet for the sake of giving it a shot to see if it helps, isn’t worth it in my opinion. However, going on a diet to help you feel more confident as a new mom is definitely worth it.