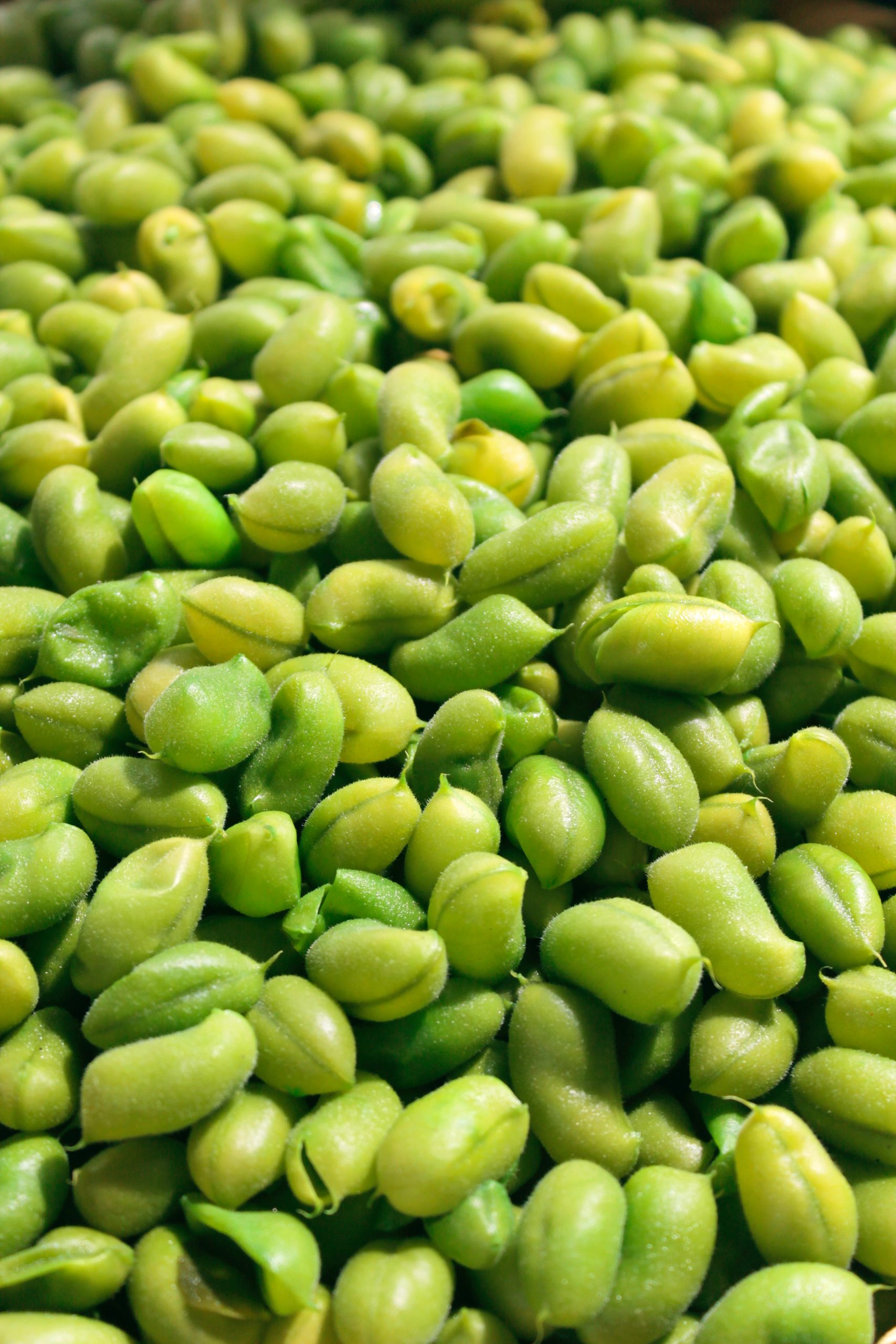 You may have heard or seen soy used in infant formulas that are mostly cow’s milk-based. Soy is used in formula for several reasons.

It’s common for infant formula manufacturers to use soy oil for its essential fatty acids. Soy lecithin is also used as an emulsifier. These uses are very different from when soy is used as a source of protein.

In this article, we’ll do a deep dive into soy and its use in infant formulas. We’ll talk about what soy is, how it’s used, and its health implications in formulas. We’ll also get into the differences between GMO (or conventionally produced) soy compared to organic soy.

What is soy and why do we use it in America?

Soy is a member of the legume family that is native to the Eastern parts of Asia. Soy has been used for centuries by people in Asia before making its way into the American diet in the 1960s. Soy, otherwise called soybean, provides a myriad of benefits to match its many uses. This useful bean is often used1 in both its fermented and unfermented form.

Soy is used as a meat and dairy substitute. It’s an alternative to meats and cheese for lactose intolerance/lactase deficiency, or for those with a milk protein allergy. For this reason, soy gets a good rep in some conversations and a not-so-good rep in others.

What are the benefits and health effects of using soy?

There are many benefits to using soy. As mentioned, soy is an alternative to commonly used products that some may elect not to use or are allergic to. For instance, soy milk is one of the most common substitutes for cow’s milk. It’s lactose-free, and it still contains important nutrients, such as DHA and amino acids.

Apart from that, here are some other reasons why there are benefits to using soy:2

Why is soy used in infant formulas?

With the many uses of soy listed above, you may have already pieced together why many manufacturers use soy in infant formulas. In this section, we’ll get more specific, outlining all the many reasons why your baby formula may contain soy.

Soy is used as an emulsifier

Soy lecithin is used as an emulsifier in infant formulas and other processed foods such as ice cream and bread. This means that it helps the product ingredients mix and stay together. Without an emulsifier, many substances would separate out over time or wouldn’t combine properly in the first place.

Soy lecithin is a common component in many processed and conveniently accessible food items. This also means that many of us consume it, sometimes unknowingly.

On the flip side, when soy is used in this way it’s typically in very small amounts. Where the concern comes in, especially in cases of its use in infant formulas, is how it is grown and processed.

This use of soy, in the form of soy oil, is widespread. For a long time, this was the only approved source of essential fats for formulas. This oil is usually highly refined so that it contains no protein.

Soy is used as a protein source

For the vast majority of cases, soy is used as an emulsifier and for its essential fatty acids. Soy protein is only used in a select few formulas.

Soy infant formulas are usually recommended in cases where the family has dietary restrictions that prevent the use of cow’s milk formula. This could be due to lifestyle (vegan or vegetarian diet) or a milk allergy.

While soy formulas make up 12% of infant formula sales3 in the United States, the soy protein formula and soy protein isolate are a concern for many when it comes to infant feeding and soy in general. Let’s talk about why.

Concerns over soy in baby formula

Soy isoflavones are compounds that have estrogen properties4. They are often called ‘phytoestrogens’ because they are plant-based chemicals that mimic estrogen activity. Isoflavones are produced exclusively by the bean family. Soybeans and other soy products make up the bulk of isoflavones that humans consume.

This hormone-like activity causes concern for many, namely that this mimicry can impact early development. A 2018 study referenced by the National Institutes of Health5 followed female infants fed soy-based and cow’s milk-based formulas. They measured differences in estrogen-responsive tissues and hormone activity in these infants to determine if phytoestrogens affected their development.

At the end of the study, the group of girls who were fed soy-based formula showed developmental changes similar to estrogen exposure. For this reason, many are concerned about using soy as a protein base. However, this concern does not carry over to cases where soy oil or soy lecithin is concerned. These elements usually do not contain soy protein so they don’t carry the estrogen-mimicking isoflavones.

A more recent study in Korea6 showed no difference in puberty onset between kids fed soy formula and those who were not. So while it looks like isoflavones may influence short-term development, there is no current direct link to adverse outcomes for children.

GMO means Genetically Modified Organisms. These are plants that have been changed from their natural form using genetic engineering. Lots of common items7 are marketed and sold as GMOs. In fact, we probably wouldn’t recognize them as they occur naturally.

Where it concerns soybeans, 94% of all soy grown in the U.S.8 is genetically modified.  However, there is still that 6% that is organically grown.

This high percentage of modified soy naturally draws concern because so many of our common products include soy or its components.

Apart from stemming from GMOs, there are concerns about pesticides and other harmful substances used during farming. Many pesticides target insects, weeds and crop invaders and help maximize crop yields. But we don’t want these chemicals in our food, let alone our formula.

There’s also concern about how soy is sometimes processed, namely by hydrogenation. Hydrogenated means that through the addition of hydrogen, liquid saturated fat is turned into solid fat. This helps extend the shelf-life of many common products. But partially-hydrogenated oils like this are a major source of dangerous trans fats9 according to the American Heart Association. in 2015, the FDA stated that partially-hydrogenated foods10 are no longer ‘Generally Recognized as Safe’ (GRAS) in foods for humans.

Many are also concerned about the use of hexane, a component of gasoline, which is used to extract soy oil. In most cases, none of this chemical remains in the final consumer product.

It is important to note that these processes are almost entirely unique to conventionally processed soy. Now we’ll talk about the differences between organic and conventional soy.

Organic soy in infant formula and conventional soy differ vastly, and these differences will show. If your baby formula is made with conventionally produced soy, then the process may be similar to those above.

Organically produced soy still has all the benefits of essential fatty acids. In this case, we’re referring to the use of soy in soy oil or lecithin compared to soy protein. When soy is used as a protein source, the conversation has a different focus because that deals with the actual properties of the plant.

Here are some components of the production of organic soy and its products:

Ultimately, the American Academy of Pediatrics (AAP) does accept soy formulas as a healthy and safe alternative to cow’s milk or for those who no longer want to or no longer can breastfeed. You should always consult a pediatrician if you have concerns about using soy or moving away from human milk in general, or with concerns specific to your baby like low birth-weight or current body weight in preterm infants, or bone mineralization.

Your cow’s milk-based infant formula may contain soy lecithin and soy oil from the soybean plant. While there is some controversy around the use of soy oil and soy lecithin, research shows that many of these concerns can be addressed with the use of organically grown and processed soy over conventional soy.

Organic soy oil and soy lecithin contain no protein and are produced using mechanical processes as opposed to solvents. They are also made from crops that are naturally grown, using approved organic methods.

If you are looking for an infant formula that provides all the nutrients your baby needs in a way that is made safe and with you in mind, look for organic soy oil or organic soy lecithin on the ingredient label of your baby formula. And always speak to your pediatrician if you want to clarify any of the soy, or other, formula information.

The Formula Mom shares her picks for the 20 best baby products on the market (you need them, trust us).

Marie Hasty is a nurse, writer and artist living in Charlotte, NC. She loves writing evidence-based health content for regular people. When she’s not writing, she’s painting, traveling and watching movies with her boyfriend and cuddling her cat.

The Formula Mom shares her picks for the 20 best baby products on the market (you need them, trust us).