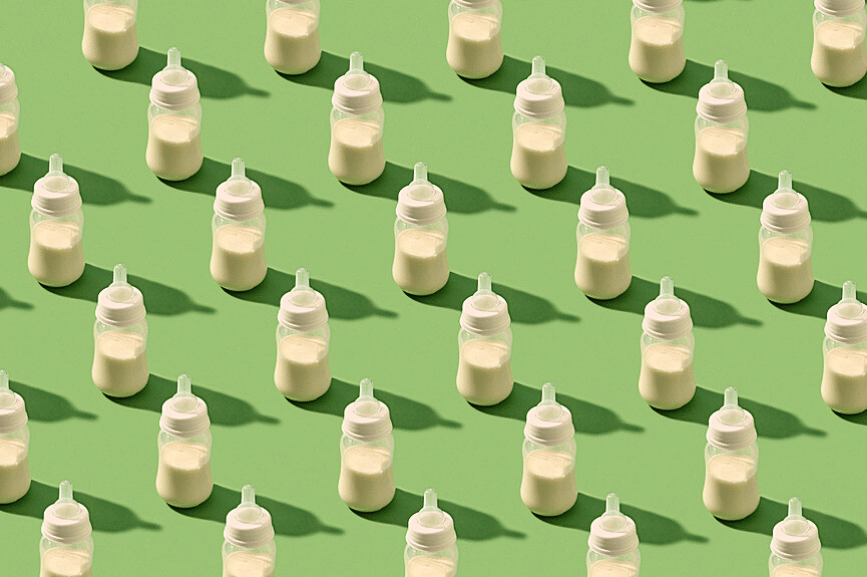 An important discussion is starting but it’s not the sugar revolution we were hoping for.

With just two days left to get this long awaited 5 year report in on time, the US Departments of Agriculture and Health and Human Services just released the latest Dietary Guidelines for Americans since 2015. And as a female CEO leading an infant formula company and a mother of three under five, this is the Christmas morning of government paperwork I have been waiting for. For the first time in the reports’ history, it includes advice for pregnant and breastfeeding women, infants, and toddlers under two years of age. Yes, hi, we’re here and we we’re (finally!) being recognized.

We immediately combed through it devouring the new information- lighting up our company Slack channel with commentary from our Medical Affairs Team; a group made of pediatricians, pediatric nutritionists, lactation consultants, doulas, and scientists. There were three key takeaways as it pertains to infant formula that rose to the top:

Key takeaways from the Dietary Guidelines for Americans:

1. The Societal Remarks:  The key piece of advice is that babies should be fed exclusively breast milk for their first six months and receive a supplement of vitamin D. As a CEO of an Infant Formula company, I agree that breast milk is the gold standard. We also acknowledge the complexity of every parent’s feeding journey as Infant Formula plays a very large, mostly silent and controversial role in our babies diet. 83% of parents will turn to Infant Formula in the first year of their infant’s life and yet know one talks about it. Now, for the first time, in federal recommendations made to the public, they are talking about it and addressing reasons why Infant Formula may be required; and not just for low milk supply but nodding to the evolution of the parenthood unit too. We are delighted to see the government helping to move the feeding conversation forward. Specifically they mentioned: “Families may have a number of reasons for not having human milk for their infant. For example, a family may choose not to breastfeed, a child may be adopted, or the mother may be unable to produce a full milk supply or may be unable to pump and store milk safely due to family or workplace pressures.”

Courtney Jung, author of Lactivism and professor of Political Science, concurs that “this is a major step forward, to see the federal government acknowledge the many reasons that parents turn to formula, and finally debunking the myth that ‘all women can breastfeed.’ By describing the legitimate reasons that parents use formula, this new set of guidelines paves the way for more support for formula feeding parents.”

2. The Nutritional Recommendations: The last time the US FDA updated Infant Formula Nutritional recommendations was in the 80’s. That’s 40 years ago!!! This is a stark comparison to the EU who frequently updates their nutritional standards for infant formula, with the most recent changes that went into effect in 2019. Surely the U.S. Department of Agriculture and Health and Human Services noted the latest scientific recommendations in their new guidance even if the FDA has not yet updated their requirements? Not exactly! And frankly it’s pretty disappointing to see an absence for what scientists globally are recommending for Infant Formula. What’s evidently missing is some of the specifics around type or quantity of certain nutrients. Starting with the most controversial: Sugar. Not all Sugars are treated equally and this report fails to highlight for consumers what Sugars should be avoided, especially when it comes to sugar in Infant Formula.

Jacqueline Winkelmann, a Board Certified Pediatrician and Bobbie Medical Advisor says, “the report does state that taste and food preferences develop in the first few years of life. I would LOVE to see a discussion of added sugar in infant formula and its potential deleterious effects in a child’s future health. Specifically, the report does not address added sucrose/fructose/corn syrups and even maltodextrin in infant formulas.”

The EU prohibits the use of Sucrose for routine formula and even has limits on Corn Syrup. There is wide evidence that early introduction of ‘bad sugar’ can impact an adolescents cognitive development and obesity probability. Yet 45% of US Formulas still use Corn Syrup. These guidelines should be arming the public with details on how to be a better consumer/what to avoid. Another disheartening and blatant absentee mention is the need for DHA. DHA is a prominent nutrient found in breastmilk and yet it’s not a requirement by the FDA for American Infant Formula. In comparison again to the EU who recently put a minimum bar on DHA levels that is beyond what any US infant formula chooses to add.

3. The ‘Formula Black Market’ Warnings: The last major curiosity we had was if there would be any nod to the rampant rise in the importing of formula into the US from Europe? It’s so blatant that even the Federal Government acknowledged it!

“Homemade infant formulas and those that are improperly and illegally imported into the United States without mandated FDA review and supervision should not be used.” The fact that this got any mention is recognizing that the federal government is aware of the widely used Black market of EU Infant Formula. So large that the parenting section of the New York Times reported that 20% of parents in a prominent NYC pediatric practice are buying formula from this EU black market. Fair to say that this might be the largest black market of our generation and with little enforcement it continues to rise. It’s a positive thing that the dangers continue to be messaged, but what are we doing about it?

Next week, Bobbie, the only mom founded and led infant formula company in the U.S., will launch the first Organic, European-Style Infant Formula that meets FDA requirements. Bobbie’s recipe is modeled after breast milk and designed to meet the most recent EU nutritional standards for critical ingredients like DHA and iron, while also meeting all FDA nutritional standards for infant formula.

We’re thrilled to see the dietary guidance addressing infants and toddlers for the first time, acknowledging the increased need for infant formula and why we turn to it, and recognizing that caregivers are not happy with U.S. options by turning to an illegal and unsafe black market.  If the U.S. Government isn’t willing to mandate food/pharma corporations uplevel the dietary makeup of infant formula, the very least it can do is equip consumers (Parents!) with more specifics on how to make better choices.  We look forward to the next update in five years reflecting the best available evidence and making the bold scientifically backed recommendations that would offer best in class guidance for feeding our infants.  Indeed, we will do our best to advocate for parents that it does.

Laura Modi is the CEO and Co-founder of Bobbie.