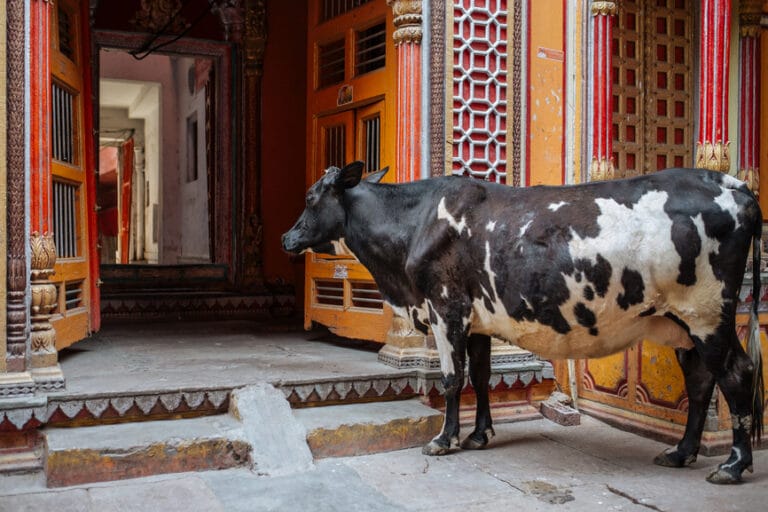 Let’s talk about baby formula, but not just any formula! European baby formula has been trending in the U.S. for quite some time now, but it raises the question to new and expectant mothers of what this type of mix includes that others, including natural breast milk, may not.

Nowadays, we seem to have endless options. Who knew? In today’s current market, there seems to be a type of formula for every need, which can be confusing to new mothers when it comes to knowing what type of product or method may be right for you and your newborn. As a new mom, this should be the least of your worries! But alas, it ranks up there with diaper rash and sleep deprivation!

There are mothers who may prefer to give their infant formula as a supplement and others who may struggle to produce their own breast milk and are in need of a supplement to help feed their infants according to a more regulated routine. No matter a mother’s needs or desires for an infant, the market is constantly evolving and adapting for modern mother and infant needs.

Need help choosing the right formula? We’ll deep dive together into how to best define European baby formula, how it compares to others on the market, and some of the best brands to purchase from if you decide to utilize this type of formula for your baby.

Let’s put the confusion to rest – or at least try, shall we? These are the three main types of nourishment all new moms have at their disposal.

There’s no wrong selection, but by identifying the differences, you’ll have an easier time making the right choice for your newborn.

European Formula: So, why European formula?

Like any baby formula, this is meant to act as a substitute for a newborn who may not have regular access to breastmilk. In normal breast milk, there is sweet taste present, so European formulas will substitute with lactose derived from cows. Why? Because even babies crave a little sweetness!

To give your babies the protein they need, animal-based milks are also used, specifically goat milk. Europe was the first to include goat milk, which is another alternative to cows’ milk and has been arguably healthier in terms of the protein it provides.

But never fear, regulators are on the case for keeping your infant healthy. However, the European Union (EU) is known to have different, and sometimes more restrictive, guidelines than the Food and Drug Administration (FDA) in America.

For instance, there is a difference in opinion regarding how much iron should be added to formula. As the infant becomes older, a larger portion of iron may be added to the diet totaling 1.7mg, whereas America formulas allow .15mg – 3.30mg during any stage in the child’s infancy.

This particular formula is also meant to help supplement regular breastmilk. Again, to sweeten this type of formula, the American version will use plant-based ingredients such as corn syrup or sucrose. In Europe, the use of sucrose was banned, which is why they must obtain their sweetened taste from animal-based milks.

To give your baby a great source of energy, several American formulas may include milk from other animals such as cows or goats as well.

For those who happen to be lactose intolerant, there are also a few formulas that incorporate soy. In some cases, palm oil may be utilized, but it can have negative effects on infants who are known to have much more sensitive stomachs.

Babies also need to get their fair share of animal milks, so some formulas are filled with a large source of carbohydrates. Everyone loves carbs, right?

Breastmilk: Finally, let’s see what “the real deal” breastmilk brings to the table.

Many moms choose to go the all-natural route because breastmilk is developed and sourced directly from the mother.

There are natural fats present in breast milk, which can provide the infant with the energy and protein they need for development. Essential vitamins such as A, D, E, and K are also included.

One of the main ingredients that may only be found in breastmilk are Leukocytes, which are a type of living cell that is transmitted from the mother to help her infant fight off infection. In the production of breastmilk, living cells, enzymes, and hormones that can’t be added to any type of formula are consistently present. Moms possess quite the “super formula,” now don’t they?

While American formulas seem to be “one size fits all,” European baby formulas follow stages that are categorized into the different ages of the infant. This makes it easier, right? These stages have also been built to fit the different EU regulations necessary for each different age group.

Pre-Stage Formulas: Surprise! This category is for specialized formulas made for premature infants who decided to arrive a little early – obviously because they’re so excited to meet their mommy and daddy! This formula is great for babies up to three months.

Stage 1 Formulas: The beginning stages are here and gone so fast! Welcome your newborn to a boost during breastfeeding. This type of formula is more generally used for newborns to those who are aged up to one year.

This formula is best utilized for mothers who might want to wean their baby off breastfeed milk. Stage 1 formulas are also made for infants who may have more of a sensitive stomach.

Stage 2 Formulas: They grow up so fast, don’t they? Don’t blink for a second! Stage 2 formulas are best used for babies who are aged from six months to a year old. Stage 2 formulas keep a baby full, which is why it’s recommended to give them stage 2 when they’re a bit older. Stage 2 is meant to be used as long as needed for the baby’s development.

Stage 3 Formulas: Now your baby is practically a teenager – just kidding! This type of formula is made for babies who are no longer satisfied with regular formula and need a bit more in their diet to keep them full and happy. Stage 3 closely imitates stage 2.

Stage 4 Formulas: Finally, you’ve made it to the last stage – which may end you up in tears for you new moms out there! The last stage is primarily meant for babies in the toddler stage and over one year old. While moving into the last stage is bittersweet, this formula will help a child get the same (or more) calories and nutrients that they would get from solid foods, and there’s no doubt, they’ll love the taste too!

Why American Parents are Sold on European Formulas

Now we get to weigh in on some of the best benefits when you add European baby formula to your baby’s routine.

After comparing the three main types of nourishment many new and expecting mothers choose for their newborns, these are the following benefits mothers have found European formulas to have that have pushed them into making certain purchasing decisions.

They Include Lactose: Don’t scrimp on the lactose! Not only do European baby formulas have lactose, but they were also one of the first types of formula to include goat milk, which has been known to be gentler on a baby’s tummy and digestive system.

For instance, goat milk holds more short and medium fatty acids that are easier to digest. Goat milk is also less allergenic because it creates softer curds in the stomach, making the formula easier to pass through the digestive system.

To further mimic the benefits of breastmilk, goat milk also acts as a way to boost the immune system in a more natural way.

Levels of these ingredients are predetermined for different age groups. And luckily, there are very few preservatives that are added into the final formula, which has also helped with sensitive digestive systems.

Utilizes Probiotics: Give your baby more than a normal formula boost! Unlike most American formulas, European baby formulas contain probiotics that will help balance the bacteria in the baby’s intestines and help with digestion.

There are more European formula brands that include probiotics, and this gives new and expectant mothers more options when shopping for this type of formula.

Free of GMOs: We’ve never met a good GMO, so no need to introduce them to your baby! European formulas are GMO-free, meaning they are free of genetically modified organisms. Whew – what a relief!

The EU has been watching mothers’ backs around the world this whole time, and it happened to be their decision to keep their formulas GMO-free. This isn’t to say that America doesn’t market GMO-free formulas, but the standards, restrictions, and overall offerings just don’t seem to be of the same magnitude.

Less Sugar: Now, isn’t that just music to your ears? One of the main restrictions that the EU has made with formula production is a ban on sugar and sucrose. At this point, you may just want to hug the EU!

To allow children to be the healthiest versions of themselves, the EU is avoiding the use of sugar additives. Like the rest of us, sucrose creates the potential for children and babies to have heightened sugar cravings and may be hazardous to tooth enamel. To mimic the sweet taste of breastmilk, European baby formulas simply use lactose instead as a more natural option.

And there you have it! Now you know what differentiates European baby formulas from the rest of the pack, and as it stands, the European version seems to offer some great, “sweet” advantages to both new mothers and newborn babies! 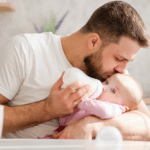 How to know if baby formula doesn’t agree with your infant? 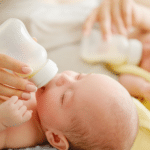 Formula Feeding and Breastfeeding: Can You Do Both?

How beneficial is a formula dispenser like Baby Brezza?

A formula dispenser like the Baby Brezza can save you tons of time and effort during those bottle making months.

How Much Formula Should My Baby Be Eating?

ShareBobbie® knows the key to a happy and healthy baby is keeping them well-fed. Just like Goldilocks, you don’t want to feed your baby too much or too little—the amount of formula they’re given should be just right. While babies will certainly tell you when they’re hungry, it’s important to understand their hunger cues and