Why are mastectomy and breast cancer survivors and previvors given a free breast pump through insurance but no assistance to actually feed their babies?

“I had seen my mother go through eight years of fairly constant cancer treatments with little healthy periods in between chemo treatments so my decision was not hard,” says Buzas. “With my family history and the fact my mother was diagnosed with breast cancer at 33 and my grandmother in her 40s, I had an 86% chance of developing breast cancer within my lifetime. I did the math and it was not in my favor.”

Just a few months after her surgery, Meredith got pregnant. It was then she realized she couldn’t breastfeed. As an informed consumer, Meredith explored her feeding options, read books, and researched different formula types. And when she welcomed her first daughter, Meredith felt equipped with the knowledge, prepared to stand up to medical professionals who pushed breastfeeding.

“I was ready to fight the fight, but I had one lactation consultant come in, and even after I said I had a bilateral mastectomy asked me to see my breasts to see if there was any breast tissue left,” Meredith recalls as she fights back tears. “Can you imagine being in a vulnerable state where you have specified you physically can’t breastfeed and have someone ask you to see your breast because they may be able to help you? I was fuming.”

The hospital where Meredith delivered required a prescription for formula, so she ended up feeding her first baby with formula she brought with her to the hospital.

“People asked me why I’d have a preventative double mastectomy before having kids because I wouldn’t be able to breastfeed,” says Meredith. “I knew there were other options to feed my children but there was an undertone of assumptions and pushback from people.”

Regardless of the comments, Meredith stayed strong, and with her second daughter felt even more prepared to take on the judgment because everyone knew her circumstances.

“I gave birth to a little one who was hungry right away and I needed the bottle quickly,” explains Meredith. “Within 20 minutes of me giving birth, the nurse came in and said they didn’t have any formula. I’m sitting there, holding my newborn being told there was no formula in the entire hospital. They ended up sending a nurse out and about an hour later they brought in the formula from a grocery store.”

Both times around, Meredith looked to her medical insurance company to help cover formula or donated breastmilk costs. Both times, she got the runaround.

“I made multiple calls and sent multiple letters and what it boiled down to was formula coverage was tied to the medical necessity of the baby,” she explains. “The insurance company told me if my baby started losing weight that would be a good thing because they may be able to cover it then. Basically, my child needed to lose weight or have a medical necessity for my insurance to cover something to feed my baby.”

On the contrary, when Renata Reese decided she was going to breastfeed and realized she needed a breast pump, she called her insurance company and began the simple process of obtaining a free pump.

“Within 15 minutes I was set up to get my free breast pump; I was shocked at how fast it was,” says Renata, who was diagnosed with breast cancer when her daughter was six months old and is currently undergoing chemotherapy treatments. “At that time, I didn’t know I would need the formula and didn’t’ do research to see if the formula was covered. But the fact it isn’t covered is mind-blowing. There has to be a second feeding option that is supported by insurance companies.”

Adds Jacqueline Poulos—a 13-year breast cancer survivor and mom of two: “I cannot believe it takes one day to set up getting a free breast pump but the formula isn’t covered. Something needs to be done.”

The reason Renata had such an easy time getting access to a free breast pump is that insurance companies are required to cover breastfeeding support and supplies at zero cost to the policyholder, as part of the Affordable Care Act. However, companies have no legal responsibility when it comes to formula.

“Insurance companies should cover the cost of formula when the mother is unable to breastfeed due to a double mastectomy, as they often cover the costs of breast pumps and breastfeeding supplies,” says Melanie Musson, an insurance expert at Quick Quotes.

Unfortunately, though, coverage for the formula is not the norm in the insurance world, even when the mother is physically unable to breastfeed. Since insurance companies are not required to provide coverage for formula, they usually won’t.”

That being said, Musson explains insurance may cover the formula if mothers get a prescription from the baby’s pediatrician. And if that doesn’t work, Musson suggests looking into WIC, the United States Department of Agriculture’s Women, Infants and Children supplemental nutrition program.

However, not all moms are eligible for WIC, as they must fall into a certain low-income financial bracket. And even for moms who are eligible for WIC, there are different benefits for those who opt to breastfeed. For example, only moms who decide on the Fully or Mostly Breastfeeding package receive WIC food for a full year; moms who breastfeed some or fully formula feed only get a food package until the baby is six months old.

Insurance coverage changes are in the hands of lawmakers; it’s up to those leaders to bring light to the gap for moms who can’t breastfeed, just like they did for the moms who can. When insurance companies didn’t comply with the new breastfeeding benefits, lawmakers like Congresswoman Susan Bonamici stepped up, stating in part, “Breastfeeding is one of the most effective preventive health measures for mothers and children. The benefits to both the child and mother are well-documented, but without easy access to a breast pump or to breastfeeding consultation, some mothers cannot continue to nurse. For working or low-income mothers’, the cost hurdle can be especially difficult. In this letter, my colleagues and I urge Secretary Burwell to enforce the ACA so that no woman has to forgo breastfeeding because she cannot afford a breast pump or the counseling services.”

Health insurance covers breast pumps and breastfeeding support so women can feed their children regardless of the financial burden. But what about the cost hurdles of formula or donated breastmilk for mothers who physically can’t breastfeed and must turn to formula, like Meredith, Renata, or Meghan Koziel; a breast cancer survivor who is now petitioning her insurance company to cover the cost of her formula.

“My insurance company covered my bras and my fake nipples, but they won’t cover food for me to feed my baby,” Meghan says. “It’s infuriating. If moms that have boobs can get a free breast pump, why can’t I, a mom without boobs, get free formula?”

That’s a question many young breast cancer survivors and women who’ve opted for prophetic mastectomies as a result of the BRCA gene now asking themselves.

“When I called my insurance company it took one phone call to get my breast pump,” says Krystal, who is BRCA 1 positive and had a prophylactic double mastectomy earlier this year, just a year and a half after her mother passed away from breast cancer. “No one questioned me; instead they told me my options and that I could pick the pump I wanted. Insurance companies and doctors are now pushing us to get tested for the BRCA gene. It’s not logical to me for them to push for a double mastectomy without offering a viable or affordable option for us to be able to feed our children after those procedures.”

According to the U.S. Surgeon General, families spend on average between $1,200 and $1,500 on formula during a baby’s first year, with some families spending much more.

“We spent over $6,000 on the formula for both our kids,” says Dr. Narmda Kumar. “It’s something we allocated for at the time and knew it was something we had to do, but it wasn’t a choice.”

Dr. Narmda Kumar wanted to breastfeed her children for a full year, but after being diagnosed with breast cancer when her son was one month old, her only option was the formula.

“It’s crazy, four years later and I still can’t speak about it without crying,” says Narmda, tears streaming down her face. “I gave birth to both my kids naturally and the pain of stopping breastfeeding was the worst pain I’ve ever felt—chemo and cancer included. I hated having to stop.”

As a doctor, Narmda understands how insurance policies work and believe there are ways companies could make formula accessible to mothers who can’t breastfeed.

“Insurance companies could apply it as a flexible savings account and make it tax-deductible,” she suggests. “They cover things like knee and ankle braces that are meant to help people live a better quality of life. In this particular case of formula being covered—that is a matter of survival. Parents who literally can’t feed their babies with breast milk need alternative options.”

In addition to braces, insurance companies cover items like sunglasses, footpads, and Tylenol when they are considered medically necessary. Companies also cover all aspects of breastfeeding from the pump to the lactation consultants to education.

“Lactation consultants are available 24 hours a day at the hospital pushing breastfeeding, but not once did I ever get educated on formula or what was available,” says Meghan. “They just handed me a bottle, never asking me if I wanted another brand.”

While it’s important to note there are occasions where the formula is covered, it is only covered if the baby has a genetic disposition or medical need that requires formula.

“Technically I have PALB2, but they don’t test babies for that type of mutation,” explains Meghan. “As soon as the insurance company told me the genetic mutation was for the baby, I asked who was going to test my newborn. No one would offer me that option because for this particular mutation, the person needs to be able to make their own decision about getting tested. The insurance company had no answer for me; saying they really didn’t know. That is unacceptable.”

Meghan is now on a mission to make a change for other breast cancer survivor moms in her similar position.

And while it may be a battle, it’s one all these moms are willing to fight together.

“Lawmakers need to know that in cases where women physically can’t feed their children, the medical necessity for formula needs to be tied to the mother and not just the health of the baby,” explains Meredith. “We need to evolve the conversation to move the needle a bit.”

The video and stories were captured by the team at Bobbie, a mom-founded organic infant formula company launching soon. While we that this policy needs to change we know it won’t happen overnight. Bobbie wants to start where we can as a company by supporting five mastectomy moms due in 2021 with a free year of Bobbie.
If you or someone you know has a story about their mastectomy journey to motherhood, please share it with us here: www.hibobbie.com/dontassume 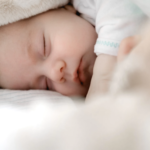 Should I Wake Up My Baby to Eat? 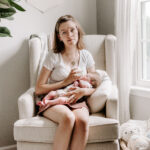 We’re a Frontline Family During COVID-19: Here’s How Life Has Changed