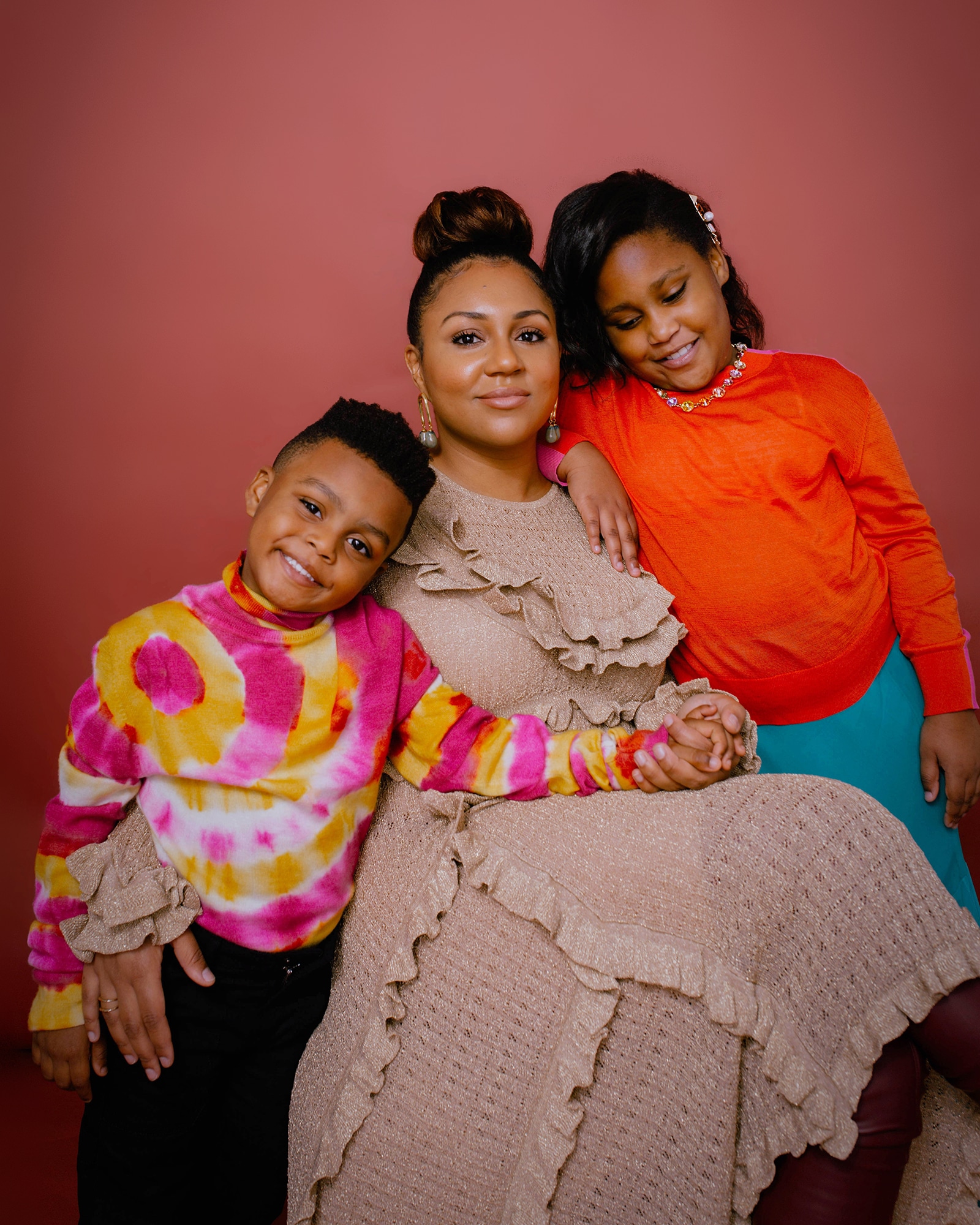 When Christine Michel Carter’s morning alarm goes off, it’s go-time, beginning each morning trying to get her kids up and out for school. And on weekdays when her kids have a classroom party or recital, you can bet Christine will be in the audience. That’s because she’s a mom to nine-year-old Maya and five-year-old Wes. She’s also a global marketing expert, author, instagram rockstar (done with sass and hilarity) and most importantly, an advocate for working mothers.

“We are mothers first and we must bring our authentic selves to the workplace,” says Carter, 34. “Jobs can come and go, but family can’t. I understand women driven by their careers, as I am one of them. But I also understand that family comes first and motherhood is a huge part of my identity. We need to understand that no matter what there is always going to be judgment. We do it to ourselves and our employees will do it. But being comfortable in who we are as moms and what we bring to the table means we will be able to be more productive and top performers at work.”

For many, the words motherhood and confidence don’t always go hand in hand, and Carter was not immune to the trials and tribulations of new mom life. In fact, she was thrown into motherhood nearly 10 weeks earlier than expected, delivering Maya at 31 weeks and one day.

“I was in labor for four days without realizing it,” says Carter. “I hadn’t taken any of my child birthing or CPR classes, so everything was trial by fire. I feel like I woke up one morning and I was a mother. I was able to produce milk easily, but because Maya was a preemie, she couldn’t handle the amount I was making.”

Maya spent a month in the NICU. A week before her discharge, Carter received a crash course in CPR in a storage room of the hospital, just in case her daughter needed it at home.

“My whole experience was so rushed; I was never talked to about feeding,” Carter recalls. “I tried to read up as much as I could but felt anxiety creep in as I read the millions of pamphlets that were just slight variations on the same damn thing. I got frustrated and didn’t want to read anything, then felt anxious because I wasn’t reading.”

And even with the reading she did, Carter admits she screwed up.

“Because I was producing so much milk, I read up on how to store breastmilk and misunderstood what I read,” she explains. “I thought even frozen breast milk had to be thrown out after a month, so I dumped a ton of milk not even realizing I could keep it. When it came to feeding Maya, I truly felt embarrassed and stupid.”

Because Maya was a preemie, Carter spent the majority of her maternity leave at the hospital. So, when it was time for Maya to leave the hospital, it was also time for Carter to head back to her job in marketing at an all-male run tech company.

“I was one of the only women at the company who was married and had a child,” says Carter, who is now divorced. “I remember having to pump in the bathroom stall because there was no other place for me to go.”

The lack of pumping facilities combined with the misinterpreted information was Carter’s catalyst for switching from breast milk to formula.

“I was trying to prove myself as a woman in a male tech world, a black person and a mother,” says Carter. “I felt I was fighting too many fights and it was exhausting. By the time the tech company gave me a space to pump, my milk supply had dried up and I had nothing left.”

Carter’s experiences as a working mother led her to become an advocate for others like herself, she’s now dubbed the “#1 global voice for working mothers.” But even as a seasoned mother and professional when it came to her son Wes, born four years after Maya, Carter still struggled to bring her true self to her workplace.

“I interviewed for a job at McCormick & Company when I was pregnant with Wes, and started there right after he was born,” says Carter, who currently works on global consumer strategy at the company. “I was new at the company and wanted to make a great first impression and like so many others, tried to hide the mom side of me.”

McCormick did have pumping accommodations and Carter breast fed Wes for about four months before she decided to switch to infant formula.

“Even though I breast fed Wes for a couple of months, when I decided to stop I was told there were ways to get my milk supply to come back,” says Carter, who redesigned the pumping rooms at McCormick to make them a warm, welcoming women’s lounge. “I never thought I was going to be one of those women who breast fed for a year and that made me feel selfish. In the media, you tend to see pictures of a new mom with her child against her breast. When I chose to start formula feeding, I thought maybe I was going to have a different motherhood experience. No one ever said that to me, but it’s how I felt in my own head.”

Carter wants working moms to know that whatever their experience is, they do have rights and those rights should be used.

“I encourage women to pump if they can,” she says. “It’s healthy for the mom and the baby. Plus, it’s good for employers to see women taking advantage of their benefits. If women don’t leverage benefits, companies believe they don’t need them, and they go unoffered.”

She also wants moms to know they aren’t alone, and like all elements of motherhood, everyone’s journey is unique.

“I was one of the first women in my circle who had a baby and my friends only knew so much,” says Carter. “When it came to my deliveries and anxieties over not being able to breast feed, I also had to deal with the unconscious bias, assumption and overall stigma that Black women don’t feel pain. My anxiety didn’t fully kick in until I became a mom, but it was unspoken pain. We need to have transparent conversations where women can say I fucked up, because we are never alone. There are also avenues for us to gain support.”

For Christine’s words of wisdom and inspiration (with sarcasm and laughs thrown in), check our her instagram @cmichelcarter.