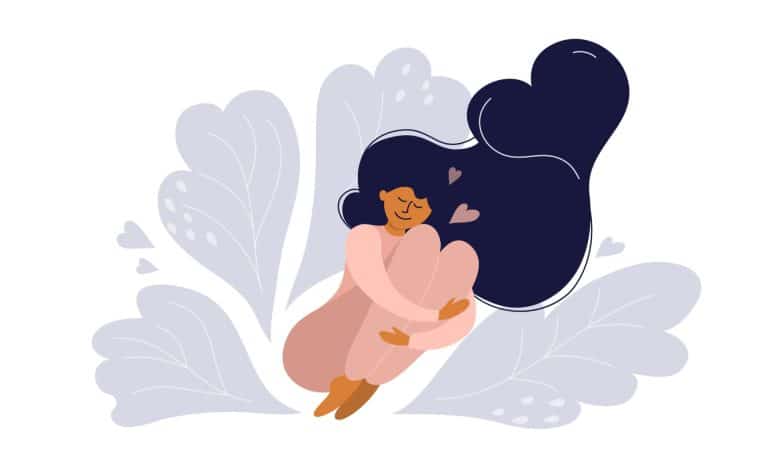 New mom Lindsay is sharing what life is like with a newborn. Don’t miss Week 1- Birthing & Breastfeeding , Week 2- Lactation Consultant & Pumping and Week 3- Tongue Tie and Supplementing with Baby Formula.

Here, dear reader, is where my story changes. (Thanks for humoring me with that line — I’ve always wanted to write it!)

Anyway: The night we gave Josefine her first bottle of baby formula (read Week 3 for that story), we noticed a few things: she instantly calmed. At first, she didn’t spit up as much as she did with my breast milk. And much to our delight, she slept longer. At 3.5 weeks old, a long stretch was four hours — but it was a game-changer in allowing us to at least catch a few Zzzs. We decided we would supplement with formula, so the pressure to produce and pump was somewhat alleviated for me.

Every day in a newborn life feels incredibly long — you’re up at odd hours, you’re constantly tending to another (tiny) human’s needs, you’re attempting to heal from pregnancy and birth, and somehow function yourself.

Looking back, the time now feels shorter, but in the moment, every single hour of every single day felt heavy. Each interaction with Josefine felt like an important choice — is swaddling her this way a good idea? Should I not have given her formula? Am I doing enough tummy time? Is she happy? Does she like me?

My husband and I stayed true to our type-A personalities— we kept a record of all of Josefine’s diapers and her bottles (formula vs. breastmilk and ounces), and took notes on how she seemed to respond after feeds. I recorded what I was able to pump, and I stayed in contact with the lactation consultant and my doula. My husband did the painful job of Josefine’s recovery exercises from the lip and tongue tie procedure five times a day. (I cringed nearby, anxiously awaiting to scoop her into my arms and cuddle her.)

Throughout these few days leading up to her one-month birthday, I went through an unexpected mental shift. I was still tired and battling postpartum anxiety, but I felt like a present mom for the first time. I could give her a bottle without pumping, since I knew we had the formula to rely on. I was still mourning the lack of latch, but I was finally cradling her and looking into her eyes as she ate. I felt supported and comforted by our plan, and I began to wonder why I was working so hard for breastmilk that wasn’t coming naturally.

Around this time, our lactation consultant mentioned that it could take weeks — or even a month — to get Josefine to latch. And even then, it’s not a guarantee for all babies. The same is true with supply. The thought of trying several times a day for an undetermined amount of time with no promise of a pot of liquid gold at the end was debilitating.

The more often I pumped, the less invested I became in breastfeeding. And the more often we gave her formula, the less motivated I was to pump. My plan had always been to breastfeed for six months — but here I was, almost four weeks in, and considering switching to formula fully.

And, if I’m being honest, considering ‘giving up’ on breastfeeding sent me into a guilt and shame spiral. Everyone says ‘breast is best’ — even the can of formula says it — so why wouldn’t I do all that I could to provide my daughter with the good stuff?

Because my happiness mattered, too, and I’ll go as far as to say it mattered more. I couldn’t deny how much better I felt or how much more I enjoyed being a mother. I started to fantasize about not having to time my day around pumping sessions every three hours. I dreamt of not having painful, heavy and hard breasts. I realized if I didn’t continue pumping, I wouldn’t have to get my boobs out multiple times a day or wear a nursing bra at all.

I could, maybe, start feeling like I had ownership of my body for the first time since I found out I was pregnant…

…but was that selfish of me? Josefine wasn’t even a month old yet, and I was ready to focus on me?

I decided to do what I do best: put on my journalist hat and ask questions. I texted and messaged my mom friends. I made my confession, bracing for the backlash and the negative comments.

But all I received was support. And a common thread.

“I switched to formula at one month. I just couldn’t do it.”

“I didn’t like breastfeeding — and if I could go back, I would have started formula earlier.”

“I was so hard on myself to exclusively breastfeed, and I put so much pressure. I was miserable, and I didn’t sleep. I should have supplemented at three months instead of six.”

“My baby is a formula-fed baby, and she’s super healthy!”

Plus a gentle reminder from my own mom: “You were formula-fed because you had a tongue tie that they didn’t know how to fix back then. And look how wonderful you turned out.”

With this chorus of camaraderie rallying behind me, I mentioned my thought process to my husband: “What if I pumped until my maternity leave was over, and then we fully switched to formula? I don’t really like pumping, but maybe I need to do three months for her health.”

He gave me a side-eye as he popped a piece of bagel into his mouth — courtesy of a care package from our New York friends. “Why wait three months if you hate it?”

“You wouldn’t care if I started weaning next week?” I asked, not sure what answer I was looking for.

“I wouldn’t care if you wanted to start now. I want you to be your best self for you and for Josefine,” he said, pulling me into a hug.

As we embraced, my breasts ached, signaling it was almost time for another pump. I thought about the steps I’d go through in a matter of minutes:

With the permission I didn’t need (but somehow did) from my partner and my friends, I decided once April 15 arrived — a month after she was born — I would start to wean my supply. And we would officially be switching from breastmilk to formula.

Did I have to? No. I could have kept trying to get her to latch. And I could have pumped — I know women who did for an entire year. I could have beaten myself up over and over again. I could have continued to feel like a bad mom who was disconnected from my child because I didn’t get to spend anytime with her. I could have resented the very demands of motherhood that were tied to my boobs.

But I didn’t. I let myself let go for me (and for her, really). And in that decision, I taught my daughter her very first lesson in self-care. If you don’t put on your oxygen mask first, you can’t help those around you. Breastmilk isn’t ‘just breastmilk’ — it’s coveted, and it feels like the holy grail of nutrients. And sure, there are benefits to it, but for me, switching from breastmilk to formula offered more. It offered freedom. It offered a safety net. It offered a new route to building my family.

It offered me the opportunity to be the mom I wanted to be.

Combo Feeding 101: How to Supplement with Formula

Are you breastfeeding and wondering how to start supplementing with formula? We’ll give you all the information you need for your combo feeding journey.

Combo Feeding 101: How to Supplement with Formula

Are you breastfeeding and wondering how to start supplementing with formula? We’ll give you all the information you need for your combo feeding journey.