Landing on this article means one of two things: you miscalculated your baby’s formula and are terrified of the consequences (assuming you’ve already given him the formula), or are debating whether you you have to dump it, remix, and rewarm it (if you’re still holding the bottle in question).

First things first–it happens. Newborn parents aren’t known for being well-rested and sharp-minded, after all.

There are essentially two ways to botch your baby’s formula mixture:

Regardless of which way the formula is mixed, there can be some negative consequences for your baby. As such, if you haven’t already given your baby the compromised formula, it’s best to just toss it and make another bottle.

If you’ve mixed the formula wrong once or several times, don’t panic, and don’t beat yourself up. It happens, which is why we’re dedicating an entire article about the subject. Maybe you misread the directions, maybe you spaced out, your other children interrupted you, etc. Don’t feel guilty, you’re still a great parent, and you’re normal.

“Infant formula is one of the most regulated food items in the U.S., and with good reason:  nutrition is crucial during a young infant’s life, and they need precise amounts of macro and micronutrients in order to grow and develop normally,” advises Jacqueline Winkelmann, board-certified pediatrician and child advocate. “The FDA sets minimum and maximum amounts of many of the ingredients in infant formula, and this is why it is so important that formula is mixed properly.”

Dr. Winkelmann says the biggest danger of feeding your baby formula that has been mixed incorrectly is the electrolyte imbalance it will create, which could have potentially serious consequences. While a one-time mistake isn’t likely to cause any major problems, incorrectly mixed formula fed to your baby over the course of a few days or weeks can cause some serious issues.

Here’s how incorrectly mixed formula can cause problems for your baby.

You spaced out and just kept scooping. Again, it happens. If it happens once, you probably won’t notice much of a change with your baby’s routine. If you’ve done it repeatedly, you might notice some gastrointestinal issues like constipation.

Repeatedly over-mixing formula for a consistent amount of time can have potentially serious side effects such as:

“Mistakes happen! You are not a bad parent!” says Dr. Winkelmann, “Keep a close eye and look for any changes in behavior or hydration status. If you know your baby has been fed over-concentrated formula several times, it’s best to discuss with her healthcare provider.”

Did you put in one scoop or two? By the time the thought occurs to you that you potentially diluted your baby’s formula, he’s already downed the bottle. Don’t panic. One diluted bottle isn’t going to cause a major problem for your baby, but over time, diluted formula can cause serious issues for your baby’s health.

It’s also important to mention that some parents will intentionally dilute their baby’s formula to attempt to stretch it and make it last longer. This is dangerous and not necessary. Through the government’s WIC program and many other local and state programs, there should be no reason why you cannot get access to enough formula for your baby.

Possible risks of diluted formula include:

Make sure you’re diligent in mixing formula correctly in the future. “If your baby gets hungry earlier than normal, you can offer an additional bottle of correctly mixed formula sooner than you would normally,” advises Dr. Winkelmann.

If you’re feeling a little lost, or just want a refresher, Dr. Winkelmann has some helpful tips to ensure you are correctly and safely mixing formula and feeding your baby properly:

There are exceptions to using tap water. If you have untested well water, city water with known recent contamination (i.e. you are currently under a boil notice), or if your baby has an immune deficiency, you can use distilled water, bottled water, or filtered tap water, but it is best to avoid regular tap water in these instances.

Formula does not require refrigeration before it has been prepared. Bottles can be made for each feeding and fed room temperature or warmer.

Mixing the formula incorrectly happens, and it usually won’t result in any major harm to your baby. However, over-mixing or under-mixing formula for extended lengths of time can cause major health issues for your baby, so be mindful as much as you can, and don’t stress too much if you have a formula mixing mishap once in a while. 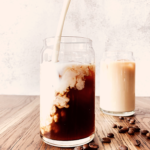 The Unintentional Diet of a Postpartum Mom; When You Find Yourself Going ‘Dairy-Free’ Overnight 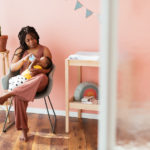 Is it OK to Breastfeed During the Day and Give Formula at Night?

How Beneficial is a Formula Dispenser Like Baby Brezza?