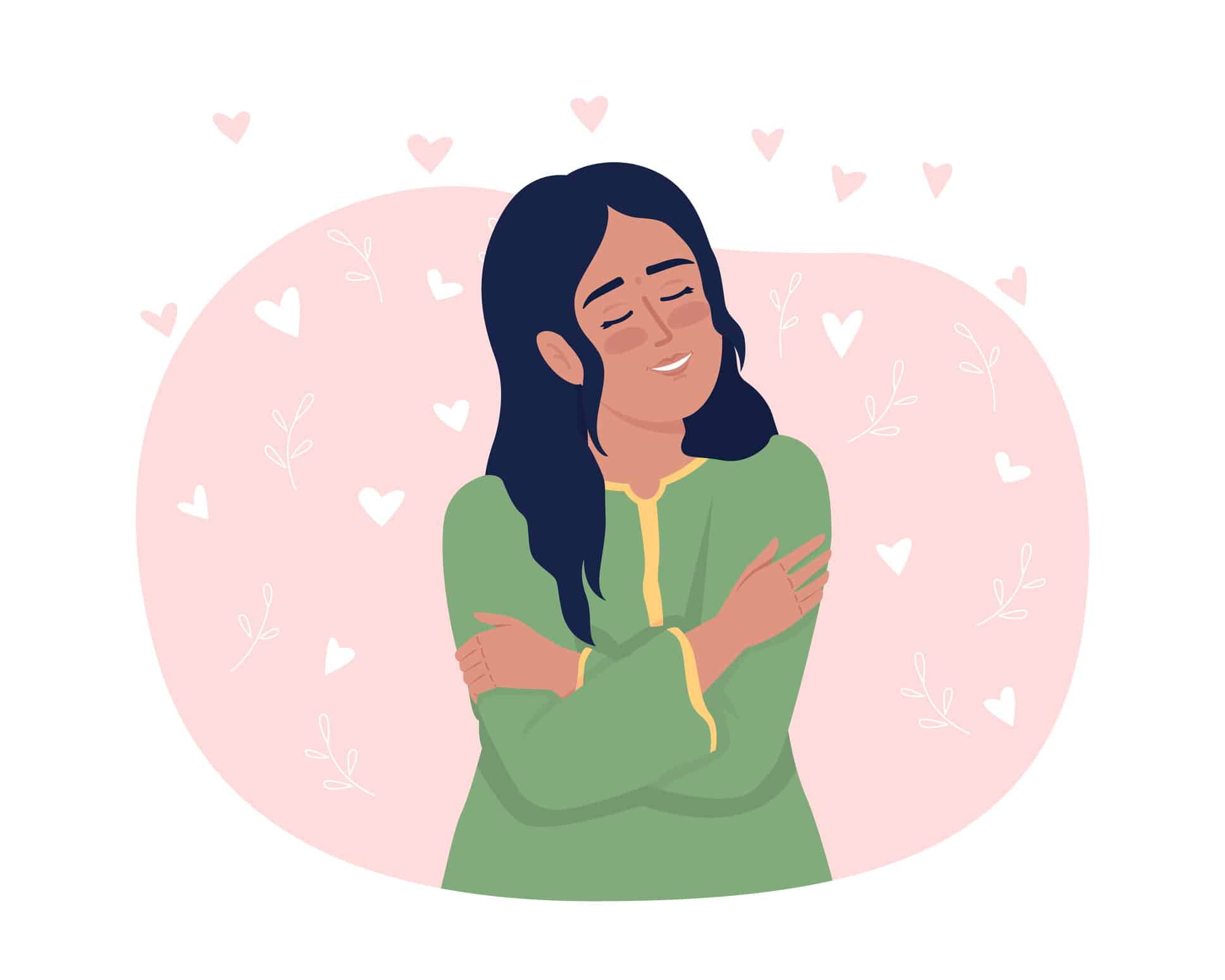 Before becoming a mom, I didn’t realize how emotionally taxing every decision regarding your child would be. And how much pressure we all put on ourselves — for better or for worse — to be the best and give the best. So finally choosing to stop breastfeeding was a loaded choice that I wrestled with immensely. However, once I had made up my mind, I was ready to be done breastfeeding and start exclusively formula feeding.

Sadly, my boobs weren’t on the same page.

For whatever reason a woman decides to wean her milk production, it isn’t a flip you can switch. Instead, it can take weeks to drain the girls, so to speak. If you don’t take the process slowly, you run the risk of clogged ducts, mastitis and other (super!) painful conditions. It also helps to gradually wean your baby off breastmilk while increasing the amount of formula they’re consuming daily. As it always somehow is, mother nature has a plan, and it’s best to follow it rather than fighting against it. 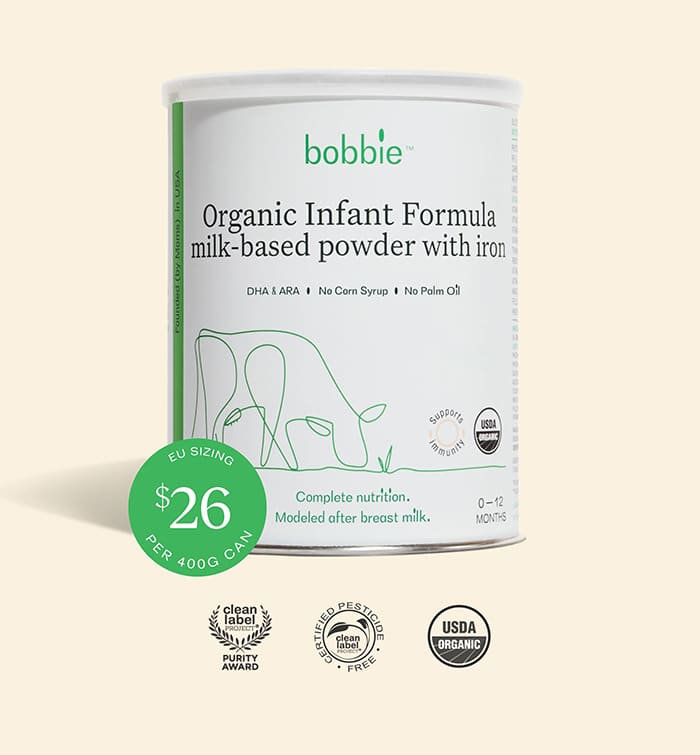 Bobbie Organic Infant Formula is a USDA Organic, EU-style infant formula that meets all FDA requirements. It is a complete nutrition milk-based powder modeled after breast milk and is easy on tummies. It is non-GMO and doesn't have corn syrup, palm oil, or maltodextrin. Learn more about Bobbie.

I spoke with a dear friend of mine who exclusively pumped for her two children for years and had experience with the weaning process. I also consulted the lactation consultant we worked with previously to better understand the right philosophy to follow. They both echoed one another, and the advice was rather straightforward.

When I decided to wean, I was pumping for 20 to 25 minutes six times a day and once at 3 a.m. So, though it seems counterintuitive, you must keep your supply going because a hard stop doesn’t work. (And trust me, the boobs would retaliate by being hard and comfortable). To begin, I started pumping for only 15 minutes at each of my pumps. Then, after three days, I cut out the middle-of-the-night pump. Three days later, I went down to ten minutes. And three days later, I cut out the mid-morning pump.

Because my supply never truly caught up to where Josefine was in terms of ounces, it only took ten days for me to wean my milk. It can be a month-long process for many women, especially if their baby is exclusively breastfed.

As I gradually weaned, Josefine would get one new bottle of baby formula a day. Within a week, she was fully-formula fed.

While this all sounds very matter-of-a-fact when you lay out the timeline, the mental and physical load of it all was exhausting. On top of deciding if formula was the best choice for my body, my mental health and my ability to be a great mom for my daughter, my breasts also ached. Part of the process of weaning means you have to push your breasts to go longer in between feeds or in my case, pumps. This meant they would become sore and tender and at times, leak. I used ice packs to help soothe, and I took hot showers for relief, too.

Though having some of the pressure off of me to produce was a welcomed break, I also had to get used to making baby formula and giving it to Josefine. My husband, in his typical problem-solver mentality, researched ways for us to adapt to our new feeding method. He bought Dr Brown’s formula pitcher (worth every penny!) and made the executive decision that we wouldn’t heat up water for formula— instead, JoJo would have cold formula only. To this day, she’s only had one warm bottle of formula (more on that later) and prefers it fridge temperature.

We decided to switch her from the breast-like nipple bottles to Dr. Brown bottles since they were a better flow and a better fit for her small mouth. We made so many decisions in weeks 5 and 6 that it felt like whiplash. When I look back on that time, albeit not that long ago, I’m reminded of how exhausted — yet reassured — I felt, knowing we finally had a plan of action.

And then, of course, like clockwork, Josefine entered her witching hour stage.

I had read about the possibility of her going through this phase in my Wonder Weeks pregnancy app, but like all parents, I hoped my daughter would be different and wouldn’t put us through complete hell for weeks. Though of course, JoJo is special, she didn’t spare us from the pain of constant screaming from 5 p.m. to 9 p.m. each night. We tried everything: stroller walks, babywearing, soft lighting and calming music, rocking, that one warm bottle — you name it, we tried it. (I even went as far as to text every mom I’d ever known for her advice, and they unanimously reassured me there wasn’t anything we could do and it would pass. Sigh.)

The only reprieve in her chorus was when we sat with her in the bathroom, the shower running and the heater on. If we turned anything off or left the bathroom, she would scream until finally, she’d give up and go to sleep until 3 a.m. We spent so much time in that bathroom, taking turns soothing her, just to rest our ears. My husband often took one for the team and took over because my nerves simply couldn’t handle it. Not to mention, my boobs, which still reacted to her wails at that time, swelling up and producing milk.

During one of these evenings early in week five of Josefine’s life, she started projectile vomiting and screaming louder, seemingly out of pain. This cry was different than her other witching hour noises, so we took note. The next night, she did it again. We called her pediatrician, and she suggested we give our current formula a few more days to see if her upset tummy continued. If it did, it was time to switch formula brands. Not only would this potentially help alleviate some of the stress of the witching hour, but it could get use closer to finding the formula that worked best for Josefine.

After another few days of chaos, we decided to make the switch to a baby formula brand recommended by a friend. What we didn’t know was that one wouldn’t be a fit either. However, the third one? It was the winner — right in time for a nationwide formula shortage to throw us yet another curveball.

Bobbie Organic Infant Formula is a USDA Organic, EU-style infant formula that meets all FDA requirements. It is a complete nutrition milk-based powder modeled after breast milk and is easy on tummies. It is non-GMO and doesn't have corn syrup, palm oil, or maltodextrin. Learn more about Bobbie.

Why Does Baby Formula Have Vegetable Oil?

Why Does Baby Formula Have Vegetable Oil?