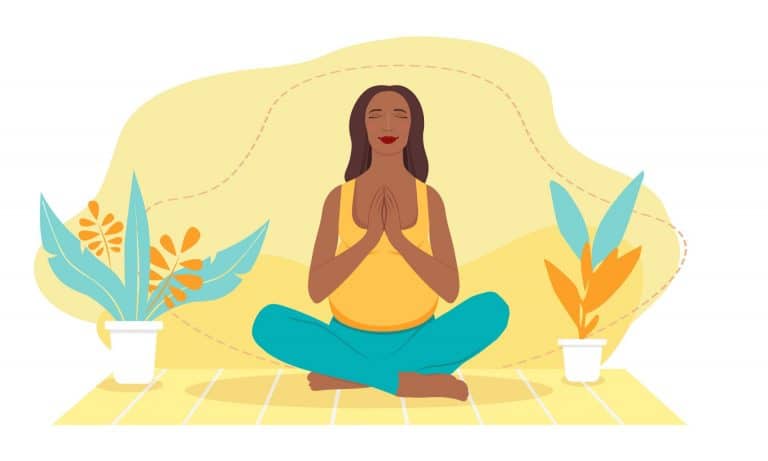 I would often sit on our screened-in porch when I was pregnant, daydreaming about breastfeeding. I imagined the sun shining through the trees, a soft breeze, a cup of hot coffee — and my sweet baby suckling at the nip. Like all new parents, I had many visions for those sleepy first few weeks. The reality, however, was quite different — and in many ways, so much harder than I could have predicted.

My expectation reset started with my first contraction. While watching a movie with my husband and best friend on a Saturday night, I felt a tightening in my abdomen and around my back. Sort of like a cramp, sort of not. It was a new sensation — and I paid attention.

I tracked them, and when I realized they were consistently coming every ten minutes — I knew the show was getting started. However, my beautiful (and stubborn) daughter, Josefine, didn’t arrive until 4 a.m. on Tuesday — making for a very long 52-hour labor and delivery. By the time she finally let her first cry, and she was placed on my chest, I was enthralled with her… but also I was exhausted.

Within a few minutes, the nurse and my doula started to pull apart my birthing gown so Josefine and I could be chest-to-chest. My legs were still high-up in the stirrups — one of them heavy and immobile, the other tingly from the epidural — and I felt disconnected from half of my body. My placenta had just been delivered, my doctor was stitching my first-degree tear, and I was also trying to hold this just-born baby in my arms that were shaking. She was crying, which was reassuring, yet deafening in my already-sleep-deprived ears.

After the chord was cut, my doula showed me how to hamburger my large breasts for her to latch, and we started working her towards my nipple. Unlike how I imagined, it didn’t feel natural. It was painful. It was scary. It felt strange and foreign.

She asked me if it hurt, and I said it did, and she reassured me that the lactation consultant would help. They wrapped Josefine up like a burrito and handed her to her dad while I slowly walked to the bathroom and attempted to urinate on my own, trying not to be terrified of the vast amount of blood leaving my body.

Once we were wheeled down to our room, Josefine, my husband, and I took a three-hour catnap. Since I hadn’t really slept in three days, the tiny bit of rest was a game-changer for me. I woke up and scooped up my baby from her bassinet as the fog lifted over the North Carolina mountains outside our window, and I looked down at her in awe. I didn’t have that ‘instant’ flood of love when she was born — I was too tired — but I started to adore her at that moment.

We were in the hospital for 48 hours, and during that time, a lactation consultant stopped by once. She was an older woman with a distinctive voice, and as she went through the benefits of breastfeeding, I felt like I was back in New York City, my previous home, watching a Broadway performance.

She had obviously given the same spiel many times, and while it was informative, it wasn’t personal. Her monologue didn’t give me answers; it made me feel inferior because even as a well-educated, successful 33-year-old woman, I was new to being a mom. And I didn’t know what questions to ask. I didn’t know what I didn’t know — if you know what I mean?

She pulled out my breast and aggressively smushed it, pushing my daughter’s tiny head in several times. There wasn’t eye contact with me, and she riddled through the breastfeeding positions so quickly, I wished I had asked my husband to take notes. (Football? Cradle?) I looked at him helplessly, and he mouthed ‘breathe,’ and I tried to.

JoJo was latching, she told me, and the pain would subside, she promised. I had to keep going, she encouraged. I believed her, but I also had a sinking feeling something wasn’t right.

We took JoJo home, and like I was instructed, I fed her on demand. We woke her up every two to three hours to feed. Those first days at home are a complete blur of pillow forts around me to get her in the right position and a landslide of tears. I cried from the frustration of not knowing what to do and not knowing if she was getting what she needed. And also from the pain — it felt like she was gumming on my nipple. They were red, cracked, scabbed, and so sensitive that my nursing bras felt like sandpaper.

Apart from the discomfort with breastfeeding and my plummeting hormones that heightened my anxiety, I obsessed over Josefine’s diapers. The direction we were given from the hospital was very black-and-white: she should have two wet diapers on day two, three on day three, and so on. So when she wasn’t delivering these, I went into a Googling and texting frenzy that ultimately resulted in us calling the 24-hour hotline from our pediatrician.

As you can imagine, I was eager to take Josefine for her first doctor’s appointment when she was three days old. I finally had time to digest my thoughts, get a little more sleep, and come prepped with questions. We made a shared note on our iPhone, and we checked them off one-by-one.

I felt like we were making progress until they weighed her, and the doctor gently said JoJo had lost weight since birth. This was normal, of course, but it worried me. She was 7 pounds 1 ounce when she arrived, and now, she was 6 pounds 8 ounces. It wasn’t too dramatic, but it was enough for her doctor to raise an eyebrow.

He suggested he snip our daughter’s tongue tie — right then and there. As someone who grew up with a tongue tie that was never resolved, resulting in speech difficulties and painful dentist visits, I had already decided we would do this procedure. So we did, and we hoped it would make a difference. Sadly, it didn’t.

He also encouraged me to pump and to have a lactation consultant to come to our home. I left the appointment and climbed into our car while my husband checked us out, and I texted my doula as I choked back tears. I didn’t like the experience at the hospital with breastfeeding guidance, but I trusted her to recommend someone we could trust. When my husband got to our car, I broke down: my one job was to feed my baby, and I couldn’t do that. I didn’t know how much she was getting, if she was adequately latching or if she wasn’t, and I felt like a complete failure.

Unfortunately, the lactation consultant wasn’t available until four days later. So the weekend was spent trying everything we could to make breastfeeding less painful for me, while still giving Jo what she needed.

We watched countless YouTube videos; we tried the Boppy Nursing Pillow and the My Brest Friend breastfeeding pillow. I applied Frida Mom nipple cream and every other one I could find. I bought nipple shields. I attached a Haakaa breast pump to one breast while she fed on the other, and then using a baby feeding syringe, I dropped up to an ounce into her mouth to ensure she was getting something. I couldn’t be convinced to use a bottle because I didn’t want her to reject my boob in the future. We used my husband’s baker scale to weigh her to see what she was gaining and ensure she wasn’t losing anymore.

It was a full-time job and one that I resented very early on. I was desperate for solutions. I was devastated that the breastfeeding experience wasn’t the rose-colored experience I imagined for myself and my baby girl. I was tired and irritable, still bleeding and sore from delivery, and I longed for normalcy. For something to go right. To be what my JoJo needed.

It would take another four weeks before I finally realized I was what my daughter needed — and more. Even if I couldn’t breastfeed her. Even if I had to let go of what I hoped for to embrace the gift I was given. Even if — gasp! — baby formula was the answer that saved us all.

Stay tuned for future posts from Lindsay’s new-mom journey. This is only the beginning. Week #2: is about Lactation Consultant and Pumping.