My mom and I were like giddy kids in an arcade, except I was armed with a Buy Buy Baby registry scanner. Do we need leopard-print swaddles? Sure! A giraffe teether? Yes!!  Surely, filling up the registry with pint-sized goods was just the first step to our mother-to-mother bond.

When my son was born seven years ago, my mom stayed with us for two weeks. Making me butter and jam sandwiches accompanied by a glass of organic grass-fed whole milk to make sure my milk supply didn’t dwindle (according to mom). As I and the baby slept, she kept our apartment immaculate—wiping all the counter tops, doing the laundry. It was wonderful, to be pampered like this. I needed help. She felt needed. Everyone was content.

But as I started to learn my baby’s cues and create our own routines (sleeping schedules, feeding time and all), my relationship with my mother shifted.

How the shift occurred:

She visited again four months later. My husband and I were in the midst of sleep training our son and specifically told her to ignore his cries at night, we would handle it. Not only did she rush in to pick him up, she was mad at us. She said he was crying because he was cold and needed a blanket—a blanket! I tried to explain, as calmly as I could, that blankets are no longer something you’d put in a crib. She couldn’t comprehend this because she always put a blanket in my crib. The blanket conversation went on for months (or was it a year?). Almost every time I’d call, she’d remind me that my baby was probably freezing.

When my son finally slept through the night, she’d critique that putting him to sleep at 7:30 p.m. was too early and I only have myself to blame that he wakes up with the birds. When I’d explain that the early wakeups were worth the child-free time, she’d insinuate selfishness. As he got older, I started picking up more work, even occasionally traveling; she’d wonder out loud if that was “really necessary.”

When I’d confront her about the waterfalls of criticisms, she would retort that as my mother, it is her duty to tell me that she can’t sit quietly when something’s off, and furthermore, she cares about the health and wellness of her grandchild.

Visits with grandma were not better with child #2:

By the time I had my second child, three-and-a-half years later, our mother-to-mother relationship deteriorated quite a bit. Again, she came to help. But because my mom skills were already sharp (and I was lucky to recover quickly from the birth itself), I no longer needed jam sandwiches, I just needed her to help out by following my instructions to keep the household going.  This resulted in passive, and not so passive, hostility. She left early.

I called her less. I told her fewer stories about my kids, anticipating that if I’d said that we went on a trail adventure, she’d lecture me about the danger of ticks. (Now that we live in Florida, I can’t mention any outdoors expedition without hearing about alligators.) Before sending picture texts, I’d actually vet an image of a grinning toddler on a swing, lest it show something appalling like Labrador puppy in the background, ready to pounce. We had a row about parasites as I told her about our pandemic kitty. I am starting to think she’s on a fearmongering campaign.

The relationship with mom today…frustrating:

Today I feel (mostly) confident about my parenting choices and I am proud that my sons have mastered bedtime. I had so hoped that by now my mom would see me like an equal, but I can tell that she doesn’t. While I try to balance work and parenting on the heels of the pandemic, she still clings to the idea of “intensive mothering,” a notion that mothers need to fully devote to their offspring, putting aside their needs. Perhaps she felt that pressure to be a perfect mother—a pressure so ingrained in her that she can’t stop micromanaging almost forty years later. Still, she’s failing to see is that while I am her child, I am not longer a child. I am a mom who knows how to mother. She doesn’t need to do this for me; she just needs to trust in me.

I know my mom loves me and cares in her own way. The psychologist in me thinks that the rift happened because my mom just wants to be essential and doesn’t know how to assert this differently. The irony is that I do still need her—I need her to listen. I need her to give me the opportunity to talk, without interruption and without judgment. I may even need advice now and then.  I rarely ask for it, however, because I automatically anticipating criticism and misunderstanding: research shows that criticism affects parts of the brain that deal with stress regulation. I have enough anxiety, thank you. By undermining me, she scrapes at my own insecurities. The last thing I need is to have someone point out all the pitfalls or worse-case scenarios, I need someone to support my decisions, even applaud them, once in a while.

The worst thing about this widening chasm is that my kids see ordinary conversations escalate. When my eldest son was just 4 years old, he told my mom and me to “stop arguing.” He could see that I am not myself around her.  Instead of having a relaxing visit—a hopeful break to unwind—I’d leave frazzled. I wonder if my kids are feeling the rift too, and it pains me that the relationship between them is not as good as it could be.

I hate it. My relationship with my mother and her criticism is a never-ending source of frustration. My poor husband has heard about it ad nauseam.  A therapist is helping me navigate one incident after another. But it takes two to set it right. Until then, I have to accept that mothering runs on a spectrum. 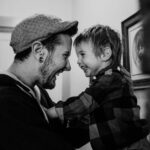 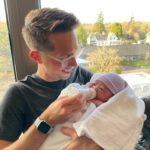 Breastfed, Formula Fed or Milk Bank Fed? One Mom Experiences It All With Seven Kids (And Two Sets of Twins)