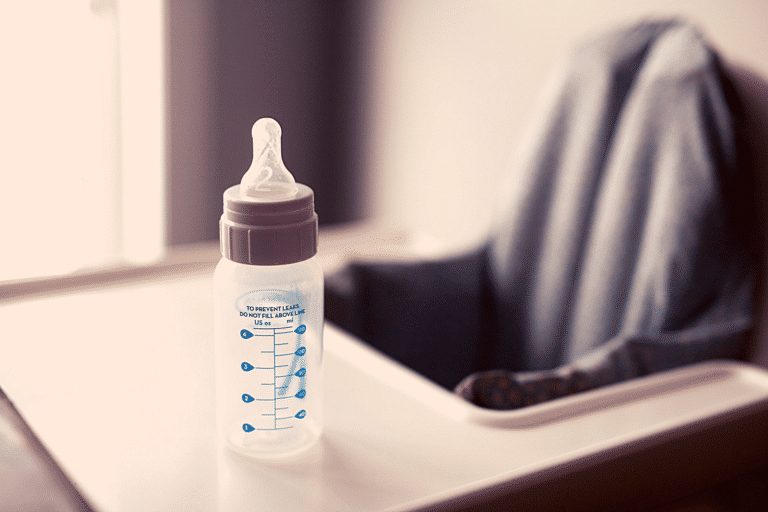 If you are wondering if it’s time, it’s probably time.

by Laura Modi, CEO of bobbie and Milk Drunk Contributor

Toddlers are notoriously tough to wean. Usually, the older they get the more attached they become to that comforting bottle of milk at bedtime and the more reluctant we sleep-deprived parents are to rock the boat. Here’s a list of tips gathered from online, friends, and experts, that I put to the test in a bid to finally get my four-year-old daughter to give up her beloved night-time bottle. Some were more successful than others. As you can see… IT HAS BEEN A JOURNEY. These tips aren’t the same as the ones you’d apply to a one-year-old, whose habits are not yet ingrained and are much easier to adapt.

First, why does it matter? A few reasons. Long-term, bottles can

What tricks worked and what didn’t:

1. Glass of milk with dinner instead of bedtime bottle.

This was a disaster, honestly, despite being the most highly recommended online. My daughter loves a glass of milk over dinner but anytime we tried explaining that she didn’t need a bottle because she already had her glass of milk, her protests would bring perfectly good family dinners to a stressful halt. Some nights she’d drink the glass and was fine until the time came to get into bed. “Where’s my bobbie?” she would ask. Let’s be honest, a child doesn’t understand ‘hindsight’!!

Why this bombed: We were too weak as parents and gave up after one week.

This worked like a charm. A friend told me to start watering down the bottle of milk a lot so that my daughter  came to that place herself where she simply didn’t like it. The first night we did half and half, she still pounded the bottle down. On the second night we did 25% milk and 75% water, she noticed and complained it wasn’t nice but still drank it. Third night, 10% milk and 90% water and she couldn’t drink it, turning it away saying it was “yucky”. We let her watch us pour the milk from the carton of milk she loved, little did she know that the carton itself had been  diluted.

Why this bombed: After spending a week with her grandparents she was back to whole milk in the bottle.

3. Return from holidays to NO bottles.

This was one of my favorite tips. We were in Palm Springs for Easter with friends and we told our daughter that when we returned all the bottles would be gone. The story was simple. The Easter Bunny came and took them all for little babies because now she was big enough to have chocolate and not bottles. (She was three). We came back from the trip and she ran over to the ‘dump drawer’ with all her bottles and blankies to find that all the bottles had in fact left the building. (We secretly packed them all away before leaving.)

While she struggled for two or three nights she quickly got used to the idea that bottles were for babies.

Why this bombed: two months later we had another baby and more bottles came back into the house, hence she was given them again at bedtime.

The easier part of doing this with a 4 year old is that she wants to ‘be a big girl’ no matter what. Everything I read online about this method felt cruel and like shaming, but it’s really just sharing the reality with her that she is truly now ‘A big girl’! We would show her photos of babies drinking bottles and big girls drinking sippy cups. We also would ask her friends ‘Do you take a bottle to bed?’ and when they said no it was usually followed with ‘I’m a big girl, I don’t drink bottles anymore’.

Why this worked? Hearing it from others definitely helped and it wasn’t long before she completely stopped asking for the bottle and went to bed happily without.

Weaning a toddler off of their comfort bottle is a series of trials and errors. If you can avoid some of the problems we encountered you may have luck earlier into the process. 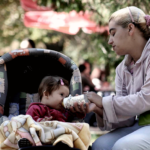 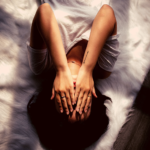 How long does it take for a baby to adjust to formula change?

Switching to a new formula is a big deal. Here’s how a pediatrician suggests you make the change.