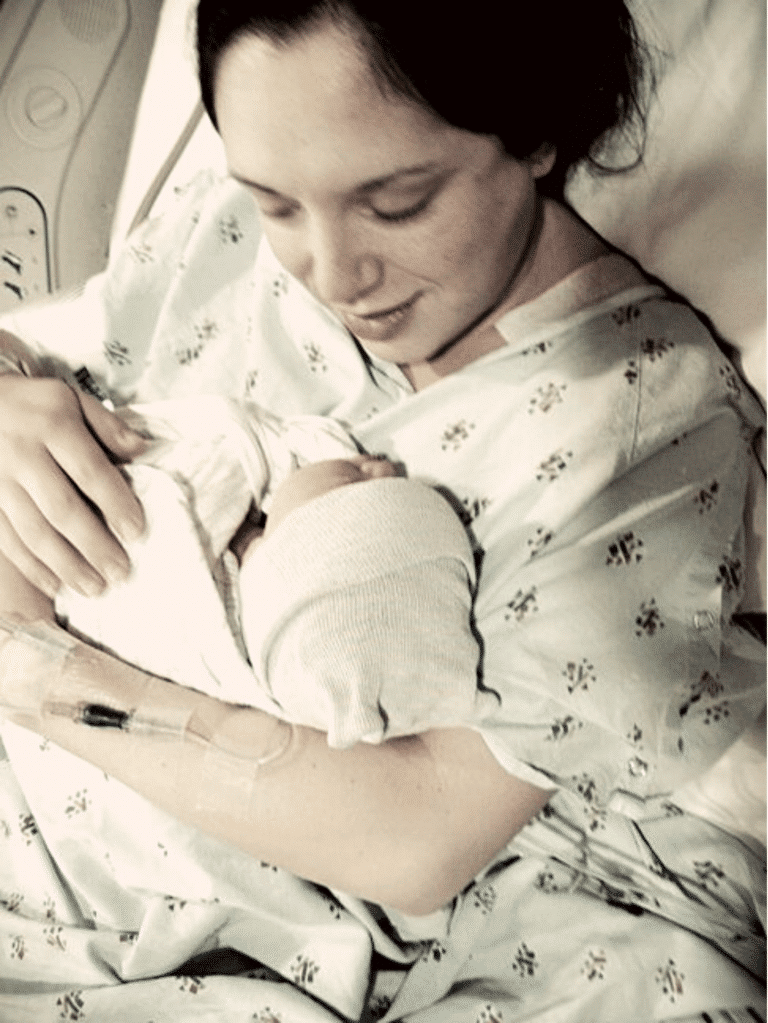 By Aliza Friedlander, Milk Drunk Contributor and mom of two

Like many expecting first-time mothers, Suzanne Barston took a handful of baby classes during her pregnancy, including one on breastfeeding. Living in Los Angeles among a pro breastfeeding community, Barston and her prenatal yoga mom friends would talk about their plans to exclusively breast feed. But after giving birth to her son Leo, Barston quickly learned even the best laid plans can go awry.

“I had problems with breastfeeding from day one,” says Barston, who gave birth to her first son in 2008. “I spent the first six weeks exclusively pumping because Leo could never latch properly, was growth restricted and jaundice. I was supplementing from the very beginning since I couldn’t pump enough, but never thought about the kind of formula I was using or how I was using it. That’s because using formula was a shameful thing.”

Barston also struggled with postpartum depression and Leo suffered from gastrointestinal issues and terrible rashes as a result of what doctors’ thought was a milk protein allergy, even though Barston was vegan.  Six-weeks into Barston’s journey, her doctor suggested switching to hypoallergenic formula.

“Within 24 hours, Leo was a totally different baby,” Barston tells me. “It was as though the clouds had parted and for the first time, I had a clear eyed, happy and engaging baby. At that point I said screw it to pumping, because all it had done was cause pain. The thing that was supposed to be the best for my child was making us both miserable. I felt guilty for not switching sooner.”

Still, that wasn’t enough for other moms to understand her choice an empathize with her situation.

“In a mommy and me class of 40, I was the only one pulling out a bottle,” she recalls. “Moms would ask me if I tried this or that and suggested I try to re-lactate. But, for the first time in eight weeks, I had a healthy baby who was doing well. And I felt good. Yet everyone else kept saying they felt sorry for me. It didn’t seem logical.”

Because Barston didn’t know any formula feeders, she turned to the internet to find a community of like-minded new moms.

“Every google result I got explained why formula was bad and breast was best,” Barston says. “It started to really bother me because what I was finding online wasn’t meeting my reality.”

Working at the time as a professional journalist with an expertise in health, wellness and nutrition, Barston decided to rewrite the narrative around formula feeding and started a blog called “Fearless Formula Feeder.”

“There was a lot of misreporting and misinterpretation of studies,” says Barston. “When I first started the blog, I was still trying to come to terms with my own feelings of guilt. I was worried that if all the studies were true, I was damaging my child. But I learned the information we were being fed wasn’t 100% accurate. Within a few blog posts, I started getting hits from all over the world and realized I uncovered I need.”

Barston eventually got a book deal and in 2012, published her book “Bottled Up: How the Way We Feed Babies Has Come to Define Motherhood, and Why It Shouldn’t.” Milk Drunk’s Aliza Friedlander recently had a candid conversation with Barston, who is now the Global Director of Corporate Storytelling & Social Media at Walgreens Boots Alliance, about what, if anything, has changed with feeding over the last eight years.

Does the way we feed our babies still impact how we define motherhood?

Susan: There are more supportive resources and articles out there about the pressures to breastfeed and about using formula, so that is one shift I’ve seen over the years. What hasn’t changed though is the fact this is still a point of divisiveness between moms. That kills me. By the time babies are a year old, most mothers move on from asking about breast or bottle, but we put so much into feeding that first year it can stick with us the rest of our lives. I’ve spoken to women who are four or five years out from feeding and they still feel guilty for not breastfeeding. There are so many other things we could have done wrong between now and then. To avoid this guilt, moms need to feel supported from day one. As moms, we are all doing our best and need to make sure we are given resources that align to our choices.

Q: How can we make sure all moms feel supported?

Susan: There is a big difference between public health messaging and scientific fact. Public health messaging looks out for the greater good as opposed to the individual. When it comes to new parenting, there’s an emotional investment, changing hormones and a society that’s not set up society to support new moms in any way. This creates the perfect storm. Health officials aren’t trying to make moms feel guilty, but they are by not including relative risk in the messaging. The mission should be to support moms in whatever feeding method is right for them, while informing us of relative risk. Even if the studies about breastfeeding were 100% true and breast was scientifically better than formula, that doesn’t mean in a situation where you can’t produce enough milk, breastfeeding is destroying your mental health or your baby can’t tolerate the breast milk, that formula won’t be better. That is your individual circumstance, but that message isn’t out there.

Q: What is out there?

Susan: I remember walking into every doctor’s office and seeing cheeky posters about why breastfeeding is better; for example, that it makes kids smarter and helps prevent obesity. That’s a lot to put on a new mom. When you look at the science, there’s slight evidence to positive outcomes from breastfeeding, but statistically the benefits are almost irrelevant. The messaging should be that breastfeeding is the easiest in many ways, is a complete form of nutrition for the baby, is beautiful and a great way for moms to bond with their babies. But there are always going to be babies who don’t have access to breast milk, that’s been the case since the beginning of time. The end game should always be for a happy, healthy baby no matter how they are fed, and the messaging should focus on the positives of breastfeeding, not the negatives of formula feeding.

Q: What can medical professionals and health officials do to better prepare moms?

Susan: I think we should encourage breastfeeding in a way that doesn’t make people who can’t breastfeed or decide not to breastfeed feel like second class citizens. No one is discouraging breastfeeding; everyone agrees it’s great. We should stop trying to prove ourselves right and start looking at ways that find better formulas that emulate some of the slight benefits of breastfeeding.

Q: You wrote your book while pregnant with your daughter Lucy, who is now nine and a half. What was your feeding experience like with her?

Susan: In my mind, I had all these negative connotations with nursing. With my son, nursing was hell. With my daughter, I agonized over what to do and thought if I breastfed, I would be making a statement that what I did with my son wasn’t good enough. I nursed her for a couple of days but because she had intense reflux, I had to thicken my milk with formula. For about a week, I ended up feeding her with formula for nutrition and breastfed for comfort. That reshaped my thoughts on breastfeeding in a positive way. It was the perfect breastfeeding experience, opened my eyes to how awesome breastfeeding can be and made me realize it’s not hell for a lot of women. I trained to be a lactation specialist because I do think breastfeeding is beautiful and I understand why some people fight for it.  Breastfeeding Lucy for comfort was a beautiful experience for me but ultimately, she wanted to be fed only from the bottle, and it made more sense to continue solely with formula.

You’ll be needing these high quality, machine washable burp cloths to battle all the dribble, drool and spit up!

Whether you prefer silicone, muslin or long-sleeved bibs, we’ve got the 10 faves from the Bobbie moms.

You’ll be needing these high quality, machine washable burp cloths to battle all the dribble, drool and spit up!

Whether you prefer silicone, muslin or long-sleeved bibs, we’ve got the 10 faves from the Bobbie moms.