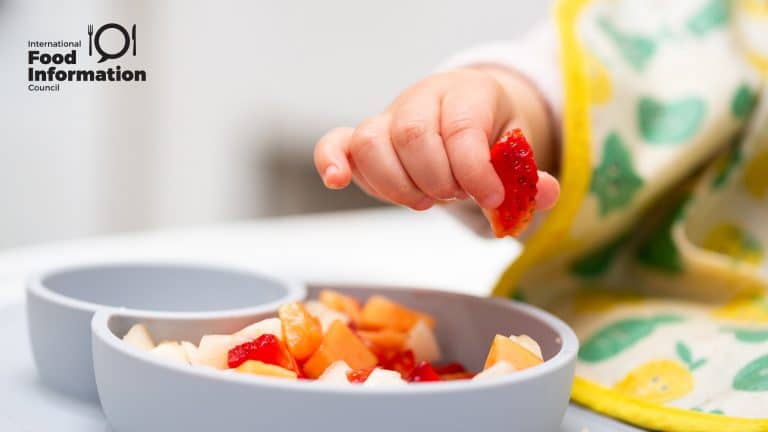 Bobbie® is proud to partner with the International Food Information Council (IFIC) to bring you this article. IFIC is a 501(c)(3) nonprofit education and consumer research organization with a mission to effectively communicate science-based information about health, nutrition, food safety and agriculture

Many milestones occur during a baby’s first year of life, including starting solid foods. But when and how are you supposed to do this? According to IFIC’s Consumer Survey for Birth to 24 Months, 24% of parents report concerns about when to introduce solid foods. While there are a couple methods of transitioning your baby to solids, one option is growing in popularity— baby-led weaning.

Before we dive into baby-led weaning, let’s talk about weaning in general. Weaning is the time when infants transition from breastfeeding or infant formula to solid foods.1 The process is not immediate, but incremental. Solid food introduction often happens around four to six months but depends on a lot of different factors. When to wean is a personal decision and will be different for everyone.

What is baby led weaning?

Yes, you read that right— baby-led weaning entails a baby being offered solid foods for self-feeding, with no help from an adult.

When to start your baby on solid foods:

Most experts recommend starting solid foods sometime between four and six months of age. These foods are called complementary foods. However, breast milk or formula is still the most important food for your infant during the first year of life. Complementary foods help ensure adequate nutrition and exposure to flavors, textures and different types of foods.

Babies may be ready to begin solids when:

Baby-led weaning can create simpler, more positive family feeding experiences because babies eat with the family instead of separately. This style of infant feeding is meant to encourage self-regulation as babies are given a chance to explore the tastes and textures of food, while developing the ability to stop when full. Baby-led weaning also supports the development of hand-eye coordination, chewing and other motor skills.

What does the research say about baby led weaning?

While more research is needed, one systematic review critically examined the current evidence about the baby-led weaning approach and assessed whether or not it is safe and advisable for parents and babies.2 Twelve articles (ten observational cross-sectional studies and two randomized controlled trials) were included. The results are summarized below:

Choking: According to IFIC’s Consumer Survey for Birth to 24 Months, 55% of parents’ reported concerns about choking hazards when first introducing their child to solid foods. One of the studies found no differences in choking incidence between BLW and traditional weaning groups. 3,4

Food preferences and diet quality: It has been hypothesized that BLW may promote the acceptance of more types of food due to a baby’s exposure to a wider range of tastes and textures. One study found no differences in food preferences between BLW and traditionally weaned infants.8 Conversely, another study observed that BLW-weaned children preferred carbohydrates, whereas spoon-fed infants preferred sweets.3

Family relationships: It has been proposed that BLW children may participate in mealtimes more easily than traditionally spoon-fed children, because they eat the same foods with the rest of the family. While parents offered their children 57% of the same foods they were consuming, BLW did not improve or change the family’s dietary intake.9

Mothers’ anxiety and attitude: Baby-led mothers reported lower anxiety, lower obsessive-compulsive disorder scores, lower eating restraints and higher conscientiousness than traditional weaning mothers.11 These maternal characteristics might make a BLW approach more feasible; however, this finding may also be explained by reverse causality, given the possibility that mothers high in anxiety may be more likely to choose a traditional weaning approach.

In summary, more research is needed to draw clear conclusions about baby-led weaning. Still, this approach to weaning may work for some families, and it’s best to talk with your healthcare provider if you have specific questions or concerns. Plus, know that your approach to weaning doesn’t have to be all-or-nothing. It’s possible to combine traditional spoon feeding with baby-led weaning. As always, it’s most important to find a style that works for you, your baby and your family.

5- How different are baby-led weaning and conventional complementary feeding? | NCBI

8- How different are baby-led weaning and conventional complementary feeding? | NCBI

Alyssa Pike, RD is the Senior Manager of Nutrition Communications at the International Food Information Council where she monitors nutrition headlines, translates nutrition research and serves as a sound resource to the media. 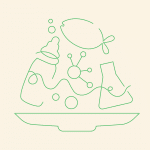 The science behind DHA: a key nutrient for early growth and development in babies and toddlers 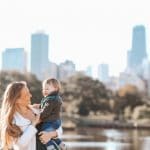 Dr. Taylor Wallace explains the importance of iron and how you can boost intake with the 9 most iron rich foods.

What to Expect With Newborn Cluster Feeding

Cluster feeding can throw a wrench into your typical feeding plans, but don’t worry, it’s just a phase!

Why Can’t Babies Have Honey? What to Know About Infant Botulism

Dr Crosby explains why honey is straight-up dangerous for babies under 12 months of age.