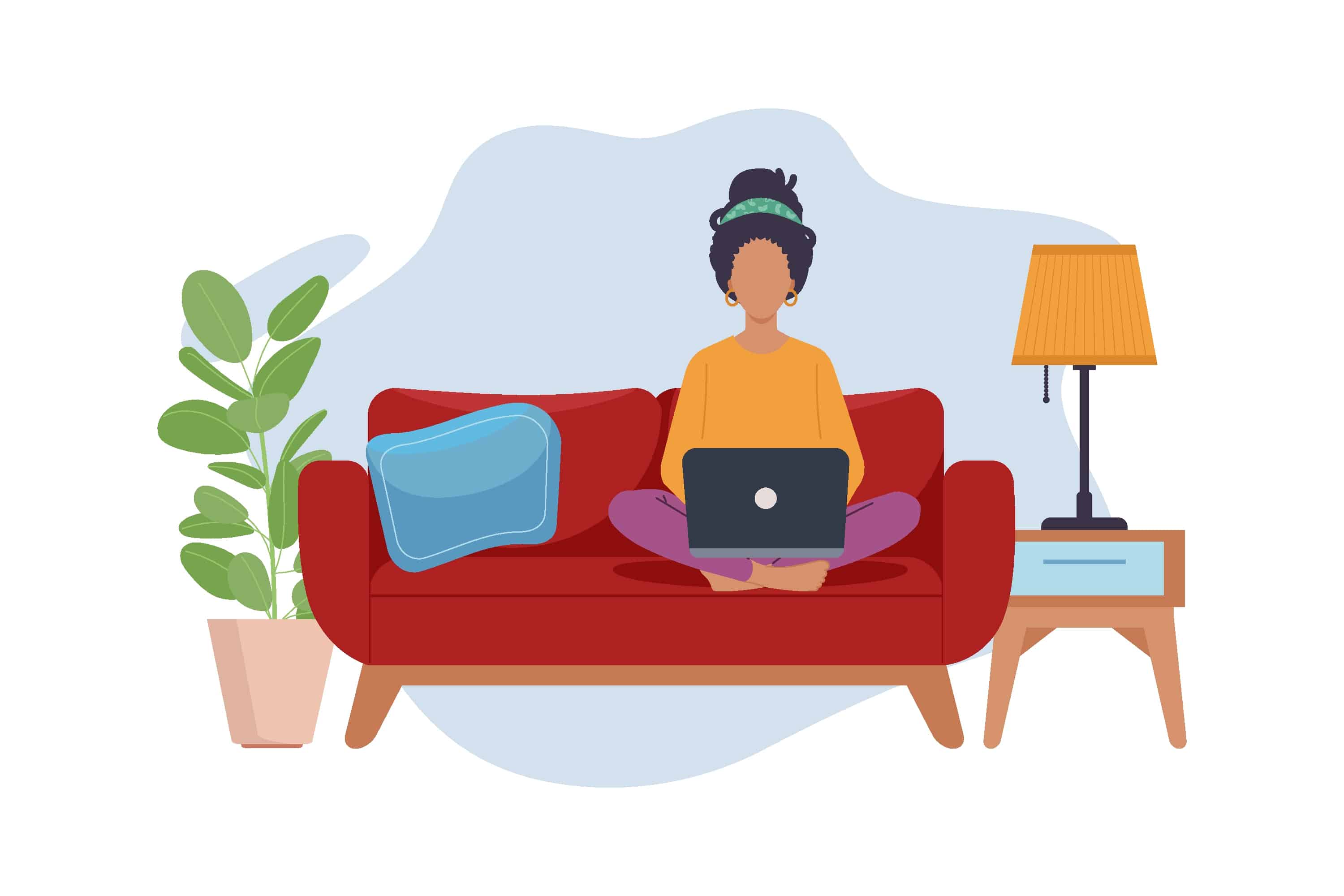 I always had a vision of my children being close in age, so once my son turned 2, we began trying for another baby. I got pregnant right away, but sadly we lost it very quickly— right around 5 weeks. We figured we would wait a couple cycles to get back at it, but little did I know, the very next cycle would end up being a life-changing surprise— and not the good kind.

We were at a cottage with our family in the summer of 2020 when I started bleeding dark brown blood. It was intermittent and not like a regular period. It came around the time my period was supposed to start, so I figured due to the prior miscarriage my body was expelling whatever was leftover in my uterus. The blood came and went for the entire week we were away and continued while at home. I had purchased a large pack of ovulation sticks and pregnancy tests, so on a whim, I took a test— boom— pregnant.

I immediately felt like something wasn’t right. I was still bleeding dark brown blood days later and the line on the tests were getting darker. I called in for a lab req and the doctor asked me to go back three times with 48 hours in between each test. My HCG numbers were low, but increasing— not quite doubling— which spells trouble. I started googling and the symptoms matched up with ectopic so I began my quest for an answer. This included 5 ultrasounds, 10 blood tests and multiple calls to doctors, nurses hotlines and begging for a referral to the early pregnancy clinic. Eventually, they found the implanted egg in my right fallopian tube. While my heart dropped at the news, I was glad I finally had an answer. I was having an ectopic pregnancy.

“Good news” they said. They found it early, so I likely would not need to lose a tube. I was given Methotrexate and told to come back weekly for blood tests. The next 4 weeks were the most difficult of my life. I barely ate or slept. It felt like I had a ticking time bomb in my body. I ended up in the emergency room three times with excruciating pain. This was during COVID, so I was always alone, beyond scared and was essentially shrugged off by every doctor who said, “it’s common, it’s not a big deal”. The sac continued to get bigger with every ultrasound and I continued to become more afraid it would burst my tube. It took 5 weeks for me to finally be cleared. Five whole weeks for a chemo drug to dissolve the pregnancy I so badly wanted…the one that could have killed me if I had not checked the pregnancy test when I got home from the cottage.

This experience was awful, horrible and I would not wish it upon anyone. It essentially changed the course of my life. Shortly after, in early 2021, I made the decision to move west, back home to my family. We packed up and started fresh (a 5hr flight away). Shortly after settling into our new home, I found out I was pregnant. I wish I could have been excited, but I was deathly afraid that it would be another ectopic. I went to the emergency room for ultrasounds and did blood tests every 2 days for 2 weeks! My levels were rising correctly and finally, on the 3rd ultrasound, they saw my little guy nestled into the right spot. My OB said I ovulated from the left side for this pregnancy (isn’t the human body amazing?!). After a pretty normal pregnancy (lots of vomiting, just like my first), I gave birth via scheduled c-section to my second beautiful little boy, Miles.

So what exactly is an ectopic pregnancy?

We spoke with Dr Jane van Dis, OBGYN and Bobbie Medical Advisor, to get the answers.

An ectopic pregnancy occurs when a fertilized egg implants in the wrong place in a woman’s body. So instead of attaching to the lining of the uterus, where it can survive, it grows elsewhere.

More than 90 percent of the time, in an ectopic pregnancy, the fertilized egg implants in one of a woman’s fallopian tubes, which connect the ovaries to the uterus. The fallopian tubes are thin and full of blood vessels. If they burst open, as can happen when a fertilized egg grows in the tube, that can cause major internal bleeding.

In rare cases, an ectopic pregnancy can implant elsewhere, such as the ovary, cervix or even a previous Cesarean-section scar.

What are ectopic pregnancy symptoms?

What are ectopic pregnancy treatments?

If caught early enough, methotrexate, a drug that stops rapidly dividing cells, can be used and physicians or nurse practitioners will monitor a woman’s beta-hCG (the hormone of pregnancy) to make sure the medication is working and that her beta-hCG levels are declining to zero. Using methotrexate typically means that you don’t have to remove the tube. However, if the pregnancy is farther along, the medication is less likely to work and a surgery, typically one done with a camera that is minimally invasively, can be used; this procedure is also referred to as laparoscopy. If the patient is unstable, meaning her vitals demonstrate that she’s rapidly bleeding internally from a ruptured ectopic, the OBGYN may have to make an abdominal incision and move quickly to evacuate the blood, remove the tube and pregnancy, and stabilize the bleeding.

Can women die from an ectopic pregnancy?

Importantly, ectopic pregnancy is a leading cause of maternal death in developing countries where an average 1 in 50 to 1 in 25 will die from their ectopic. In the U.S. before Roe v. Wade was overturned, approximately 50 women in the entire country died of an ectopic per year.  However, with decreased access to healthcare providers to care for women with ectopic, as well as confusion in the healthcare systems about when in the course of an ectopic a doctor may give methotrexate or perform surgery, most experts are concerned the number of preventable deaths will rise.

If a woman has an ectopic pregnancy, can she go on to have a safe pregnancy?

Absolutely. I had an ectopic pregnancy and I went on to have twins. Even if removal of a tube is required to save a woman’s life, she has another tube and you only need one tube to conceive without assistance. Having said that, even if a woman loses both tubes, she can still conceive via IVF.

Can an ectopic pregnancy happen more than once?

Yes, absolutely. One in 50 pregnancies is ectopic so it’s not only common in the population, it can happen more than once for one woman. Having one ectopic does increase a person’s risk for having another ectopic, most will cite a 10% chance that it will happen again.

Brittaney Penman is a 37 year old mommy to 2 beautiful boys—Makai (4) and Miles (6 months). She is a business owner and a die-hard sports fan.

Jenny is the head of content at Milk Drunk and a writer for all of her favorite wellness and mom sites including Well+Good, Peanut, Motherly and Scary Mommy. Mom to Luisa, she can be found talking bras and beauty with the moms at school and @IAmJennyAltman