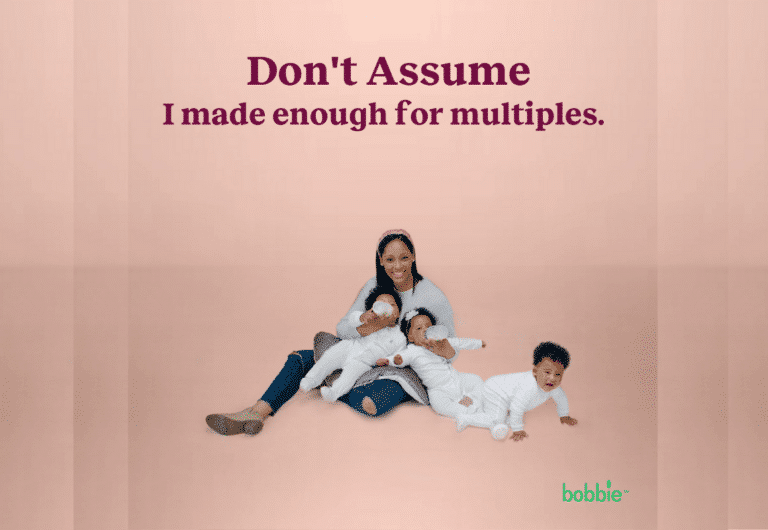 Chantelle Whittles shares her feeding journey with triplets and how she nourishes three babies… at once.

Like most moms, Chantelle Whittles went into motherhood assuming she was going to breastfeed. So, when she gave birth to her son Nikolai, now five, she did everything in her power to succeed.

“The only milk that ever came in for me was the colostrum and I never experienced the feeling of my breasts being full,” says Chantelle, who lives in Kraaifontein, South Africa. “But I still tried to make sure Nikolai latched properly, I tried to feed him as often as possible and used a breast pump regularly to help me produce more milk. But, in the end it wasn’t enough, and I could see Nikolai wasn’t getting enough milk.”

Her decision to switch from breast milk to formula came in the middle of the night about a month after Nikolai was born.

“It was one or two o’clock in the morning and Nikolai was hysterically crying because there was no milk coming out of my breasts,” remembers Chantelle. “My husband rushed to a nearby 24-hour pharmacy and bought formula milk. I was so nervous that night because I didn’t imagine I would have to give him formula milk and didn’t know if it was the right formula milk we’re giving.”

Transitioning from breastmilk to formula was not an easy decision, but it was the difference between a well-fed baby and a hungry one.

“A lot of questions and doubts went through my mind but in the end, everything worked out well and he’s a beautiful and healthy young man,” says Chantelle. “That being said, in South Africa there is a stigma attached to whether you breastfeed or formula feed although it’s not that prevalent. However, there are many social media groups promoting breast is best, which made me feel as if I was taking the easy way out when I formula fed Nikolai.”

“I wanted to keep my feeding options open,” says Chantelle. “Even though I didn’t have enough milk the first time around, in the back of my mind I was hopefully that maybe I would be able to breastfeed the triplets, even if I couldn’t picture what that would be like with three. Throughout my pregnancy people would ask if I was going to breastfeed and I kept saying I was going to wait and see. I had no friends or family who had multiples, so it was hard to imagine what anything was going to be like. But I wanted to keep an open mind and take things as they came.”

While Chantelle felt the question of whether or not she was going to breastfeed was a personal one, she didn’t focus on making a feeding choice after the triplets were born. That’s because while she was pregnant, she had other things to worry about, like whether the triplets would be healthy, would all survive the pregnancy or if there would be developmental concerns.

To her relief, she had three perfect babies; Cole, Chayse and Niah, who are now nine months old. But like the first time around, she only produced colostrum, which she pumped and gave to Chayse, smallest of the triplets.

“The triplets spent three weeks in the NICU so they could be monitored and during that time I only expressed enough milk for one baby to have one feeding per day,” says Chantelle. “Because I didn’t have enough for all three babies, our pediatrician recommended we use formula instead.”

Once the triplets got home, using formula made a tiring situation a little more bearable because Chantelle, her husband and her mother could all feed the babies. It also gave Chantelle a sense of relief.

“I was able to monitor the amount of milk they drank,” says Chantelle. “In doing so, I could see they got enough food and their tummies were full.”

Chantelle was thrown another curveball when Niah needed to switch to a different, more expensive formula than her brothers because of colic. But, like everything that comes along with having unexpected triplets, Chantelle took that bump, along with all the others in stride.

“I feel content knowing I gave breastfeeding my best shot. At least I tried and it didn’t work out,” she says. “If I didn’t try it, it would probably have left me wondering whether I would’ve been able to do it for a couple of months. And my formula feeding journey has worked out perfectly thus far, we have a happy five-year-old and three happy babies, which in turn means a happy mom and dad.” 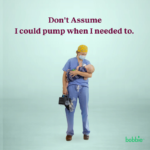 Feeding as a Frontline Worker: Don’t Assume We Can Pump When We Need To 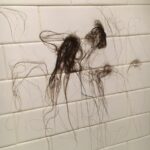 Dear Congress: We’re demanding a change in the formula industry

Bobbie’s co-founder, Laura Modi is demanding industry change on behalf of all parents.