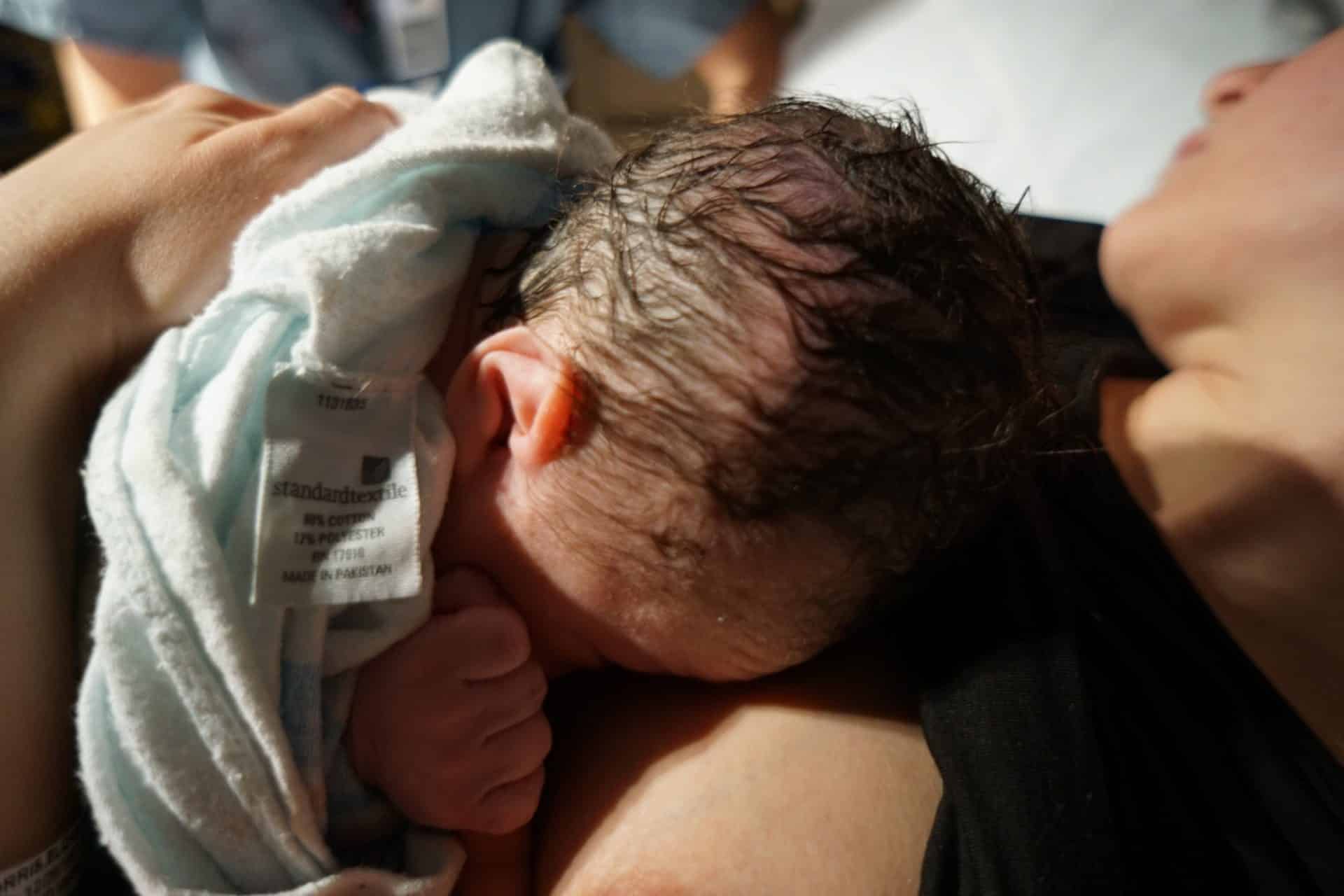 I always knew I wanted to breastfeed. When my brother was born, I would sit next to my mom while she nursed him— my shirt pulled up, plastic baby doll face smushed against my chest.

During my first pregnancy, my husband and I took a 6-week childbirth class. I made a birth plan that included all the scenarios I could imagine, but it never occurred to me to make a feeding plan.

When my daughter was born, my milk came in quickly. Juniper had some jaundice and was on the small side, but our pediatrician didn’t seem worried— so neither were we. We had learned in the hospital that Juniper had a tongue tie. The pediatrician told us we’d have to wait to see if it impacted her speech, but never mentioned any impact on breastfeeding. As first-time parents, we didn’t know that correction was even an option.

When Juniper was a few months old, my supply dropped suddenly and dramatically. She would be frantic with hunger and wanted to nurse constantly. We took a car trip with her that should have taken 5 hours but took 9 because of how often I stopped to feed her. My anxiety was at an all-time high and I blamed myself. I hired a lactation consultant and paid a small fortune— not realizing my insurance would have covered it— to try to boost my supply. I took supplements, ate lactation cookies, drank Guinness, and pumped for hours each day but nothing worked. Still, I was committed.

We finally took her to a specialist who told us that her tongue tie made her latch weak, which hadn’t allowed my supply to fully establish in the first place. The doctor snipped her tongue tie— a procedure that took seconds and healed quickly— and Juniper instantly became a better nurser.

My nipples bled from her newfound strength. But it was too late, my milk supply just wasn’t there. I pumped for close to 2 hours out of my workday and would still only come up with a few ounces each day. It wasn’t cutting it.

On the day I realized I wasn’t going to have enough breastmilk to get her through daycare the next day, I felt completely hopeless. I cried while I pumped until my nipples ached. After packing up my pump, I walked to Whole Foods on my lunch break and picked up a can of formula. I bought the most expensive organic formula, assuming it was the best. I felt like a total failure.

The formula we used smelled funny and tasted terrible to us. I didn’t understand the ingredients. At first, I hated feeding it to her and felt guilty constantly. She was eating it and thriving, but every bottle was a reminder that I didn’t have enough breastmilk and I worried that I was letting my supply drop further when I gave her formula.

Even though I was supplementing with formula about 50% of the time, I always tried to breastfeed when we were out with her. I told myself it was easier than packing bottles, but it was actually just performative. I was constantly trying to live up to the idealistic image of motherhood that I’d built for myself— one that did not involve feeding my baby formula.

When Juniper was 10 months old, my daughter weaned herself. It was Christmas and we were visiting our family. She just stopped— and we transitioned to full infant formula.

I assumed my story would be the same when I had a second baby, but my son was an avid nurser. He begrudgingly took bottles of breast milk when I was at work, but he wouldn’t drink much from a bottle, only at my chest. I pumped from the beginning to build as big a freezer stash as I could, and I used insurance benefits to meet with a lactation consultant three times.

I was able to feed him with only breast milk until he was 11 months. I bought one container of formula to supplement in that last month before he turned one, but he continued nursing for comfort until he was 14 months old.

It would be dishonest to say I had a love-hate relationship with formula because the truth is I always hated it. The stigma I felt for using it never allowed me to feel relief that my babies were fed, that they were healthy. The formula shame and guilt I felt are part of my story— not theirs.

Looking back, I wish I had known how common my story was. I wish I’d done the research ahead of time and made a plan. I wish I’d had some formula on hand, just in case, so that turning to formula could have been an informed decision instead of a desperate resort. And most of all, I wish I’d focused more on that bonding time and put less pressure on myself to produce more breast milk. I never want another parent to feel the way I did.

Elizabeth Morris is Director of Customer Experience at Bobbie. She lives in Chicago with her husband and two kids.